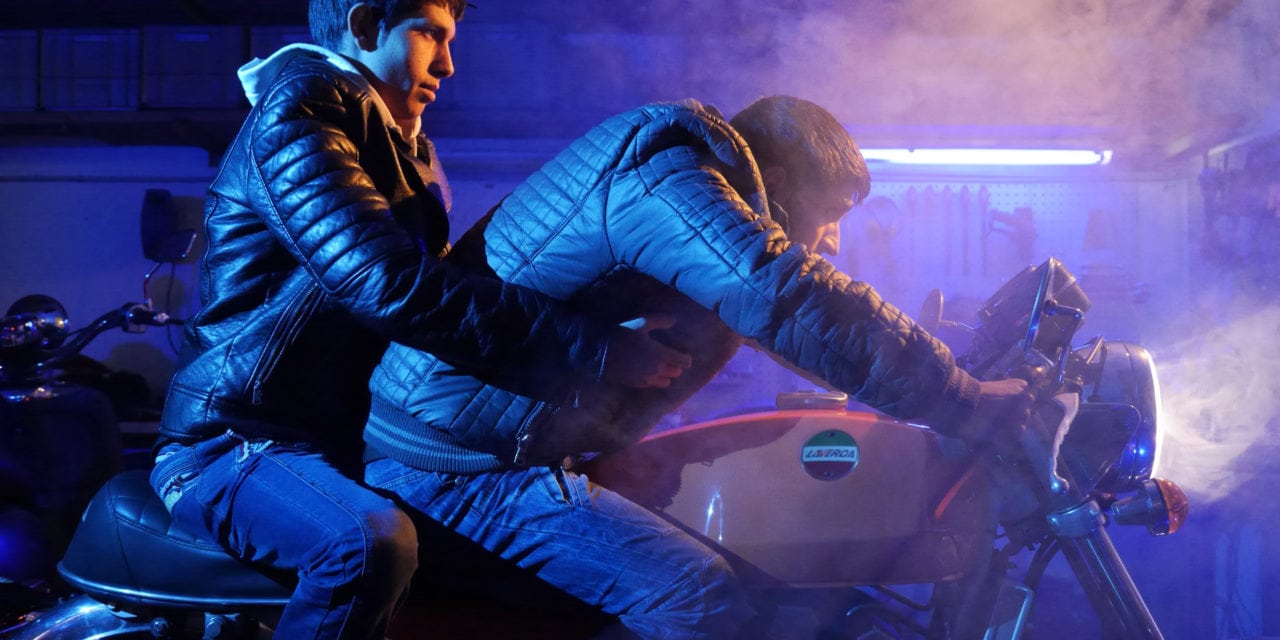 By day, Vienna is gray. People go about their day-to-day routines. The hustle and bustle of the city goes on and on. But at night, Vienna transforms. It becomes a parallel world made up of make believe and performances. An artificial world set to the slow-drip rhythm of the night, where middle-age men buy boys at bars. Under the reassuring veil of night, this world is the focus of Patric Chiha’s latest film, Brothers of the Night (2016).

Bulgarian Roma men sell their bodies to other men. They make Café Rüdiger, a gay bar, their kingdom. If they are not at Café Rüdiger, with its blitz of colors, then they’re in their scuzzy apartment that many of them share, shooting the shit and drinking beer. The men make it a point that they’re not gay; they’re just “doing business” to pay for the kids and family back in Bulgaria. And yet, they have no plans to go back anytime soon. They’re too busy adopting personas and performing for each other and clients. They’re too busy having fun. Brothers of the Night is not so much about prostitution then. It’s more of a backdrop to this nocturnal world that Chiha observes, and participates in its fashioning—a world built on friendship, brotherhood, and community.

A documentary with overtly fictional scenes and scenarios, Brothers of the Night could be considered that trendy type of work—the hybrid film. With its neon blue, yellow, and pink lighting, the film takes Rainer Werner Fassbinder’s Querelle (1982) as an influence on its visual scheme, retaining a trace of Genet/Fassbinder’s corporeal worship, to the degree of imbuing the body with sacredness. Chiha’s film therefore foregrounds its artifice. It’s an artificial film for an artificial environment where men don sailor caps, wear leather jackets, and dance the night away. They’re clean-shaven and have close-cut hairdos, but that doesn’t stop them from going back to hair stylists for touchups. “Make me hot. Make me look cool,” one of them demands. The men become deities and icons, occupying the filmic realms of Pasolini, Anger, and early Brando—all of which were an influence on Chiha. 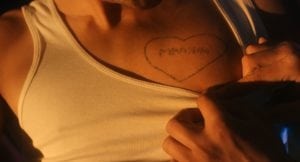 Chiha shoots in long takes that allow the viewer to track the development of conversations among the men. And this is a film full of chatter. There is talk of client demands (brown showers anyone?), of having sex with or without condoms, of how much to price a trick. And with all this talk filling up the soundtrack, swagger and bravado accompany it. And yet there are also discussions about life in Bulgaria, about family, and first arriving in Vienna for “normal” work.

Most of the film’s shots are closed, creating a sense of isolation and that nothing exists except whatever is in the frame. In over-the-shoulder shots, the men look at pictures on their phones. They’re looking at younger versions of themselves—memories of a recent past. Yet in a space like the Café Rüdiger, nothing remains fixed, everything is in the perpetual present. Brothers of the Night captures, as well as shapes, a pleasure land in which boys play dress up and perform in the company of strangers and each other. Chiha draws attention to his arrangement of the pro-filmic in his deliberate portrait-like compositions. One startling composition happens near the hour mark: two of the men, Stefan and Vassili, talk about financial woes and leaving Vienna. They sit in what looks to be an abandoned building. Stefan appears in close-up on the left-hand side of the screen. Chiha rack focuses to Vassili in the background once he begins the conversation. A cut, and the camera is positioned a few inches backward, shifting the pro-filmic, so now we see Stefan sitting next to a mirror and Vassili seen in its reflection. The scene could be considered the film’s thesis, or its essence even, for a film dealing with, among other things, appearances, surfaces, and their malleability. 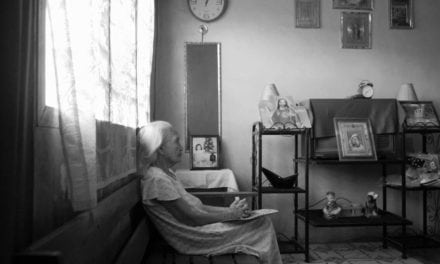 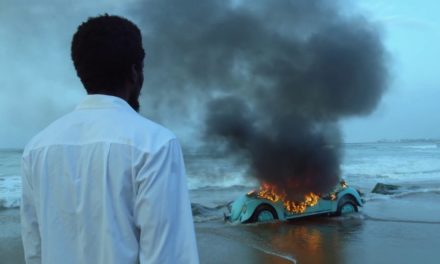