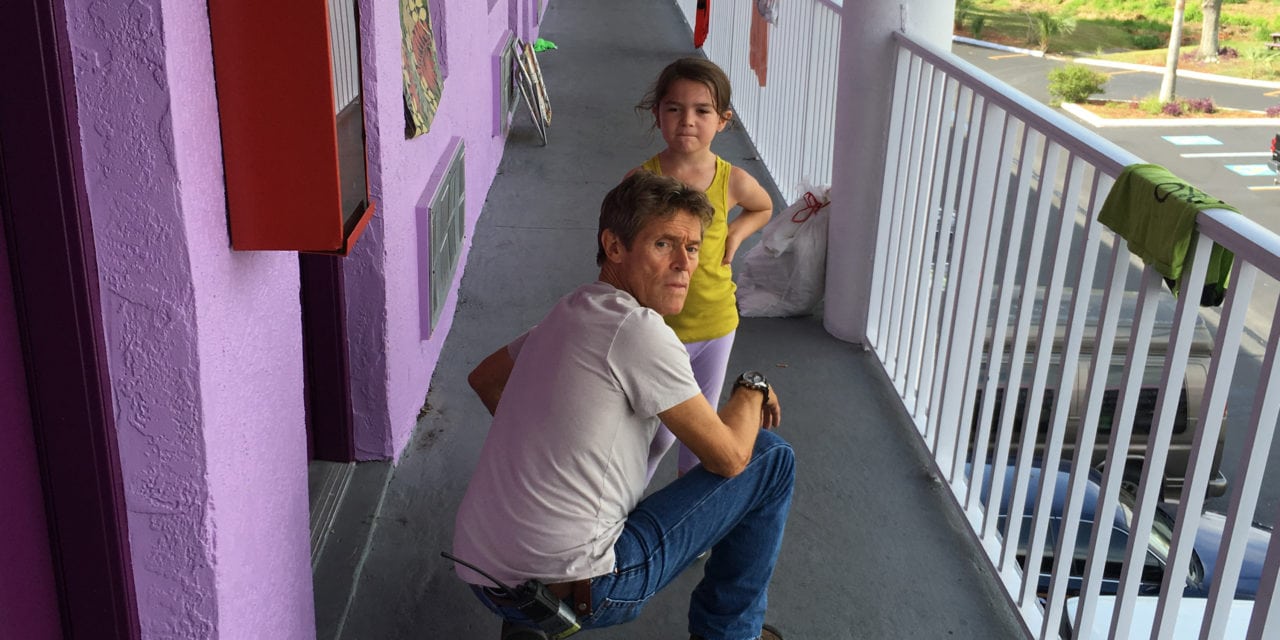 Films about children almost inevitably fall short of capturing a kid’s worldview. Partly because doing so requires being attuned to a kid’s psychology – and filming what it is like to think and act as a kid is no small feat – but also because so many moments that are central in a child’s life (the simple fact that kids get bored, for instance) must be sacrificed for the sake of three-act structures in which children are expected to conform to the linear, more fast-paced narratives of grown-ups.

Sean Baker’s The Florida Project doesn’t work that way. It does not feel like a movie made by an adult about kids, but a story told by a kid about her own world – a charming and moving episodic tale in which adults are key characters but never the narrators.

The kid is Moonee (a wonderful, instant-star Brooklynn Prince), a six-year-old who lives with her twenty-something mother Halley (Bria Vinaite) in The Magic Castle, a motel a few hundred meters from Orlando’s fairy-tale Disney World that once hosted hundreds of tourists heading to Florida’s theme parks, but is now home to America’s hidden homeless: families with budgets too low to afford a permanent residence, many of whom have kids who have never known any other way of living.

Moonee is one of them. Her mother has been to prison and never found a steady job since, and now spends her days chain-smoking while the kid queues for the free bread offered by Christian charities, picks up free meals at the local diner, and sells some fake high-street perfumes to the wealthy tourists populating the neighbouring theme parks.

Poverty is the backdrop of Moonee’s world, but it is never Baker’s focus – the kid’s wonderful imagination is. Deserted gift shops, abandoned houses and ice cream stands spell adventure, and Alexis Zabe’s 35 mm camera follows Moonee as she runs wild with her best friend Jancey (Valeria Cotto) and Scooty (Christopher Rivera), regurgitating swear words at the adults she meets along her way, causing havoc in other motels and testing the patience of the good-hearted Magic Castle manager, Bobby (a memorable William Dafoe in what is likely to go down as his most heart-warming performance to date). Poverty is forever present in Moonee’s world, yet it isn’t an inescapable curse – more like an annoying impediment to all the guilty pleasures life can offer, like having to nibble on a slice of margherita pizza instead of a pricier pepperoni. And as all obstacles, it is nothing a kid’s imagination cannot overcome. Half way through Baker’s sixth feature, Moonee and Jancey get caught in a summer storm, wait for the rain to end, then wander off in a swamp and bump into a group of cows. “See?” Moonee tells her amazed friend: “I took you on a safari.”

Summers never follow a linear, events-packed path, and for all the fun and mischief a large part of Moonee’s life is spent figuring out ways to escape boredom. While most films about children would have made sure to conveniently skip these dead moments, Baker includes them, and this is what ultimately makes The Florida Project so special: it stays true to its characters and the world they inhabit. Baker had already proven capable of that in his breakthrough Tangerine, a day in the life of a LA transgender woman that felt so fresh largely because of the way its characters seemed to speak for themselves, without Baker’s gaze ever fetishizing their struggles. The same happens with The Florida Project.

Baker worked with a full script (co-authored with writer-producer Chris Bergoch) but made sure the cast could improvise as long as the scene stayed on course. The end result feels so natural it is impossible to tell how many of Moonee’s lines were written or improvised on spot. She alternates profanities on par with Louis Malle’s Zazie Dans le Métro with movingly perceptive observations about the grown-ups around her (“she is about to cry,” she says observing a Brazilian tourist complaining The Magic Castle is not the Disney World the travel agency had promised: “I can always tell when adults are about to cry.”) She exchanges sexual innuendos with her friends and mimics her mother’s rage at the wealthy tourists landing on the theme parks aboard helicopters, sticking her tiny middle finger at the sky. There are moments when the sentences she utters feel a tad too mature for her age (“don’t worry,” she tells Jancey’s mother, “your daughter is safe in my hands”), but if Moonee at times speaks like an adult, that’s because life with Hayley has forced her to grow up too fast.

The kid’s imagination may well serve as a formidable shield against poverty, but it can do little to spare her from the violence that Hayley’s quest for money gradually brings to her life. What’s harrowing about these moments is not their dramatic heights, but the way Baker films them, closing up on Moonee’s face as if to protect her from the violence off frame. Those who have loved Tangerine and Starlet will find in The Florida Project the same delicate touch of a director who has devoted his film-making to those on society’s margins, and whose stories feel so poignant because he cares for his characters and their struggles. 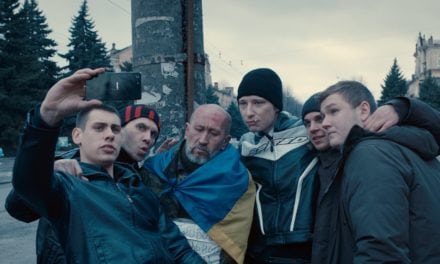 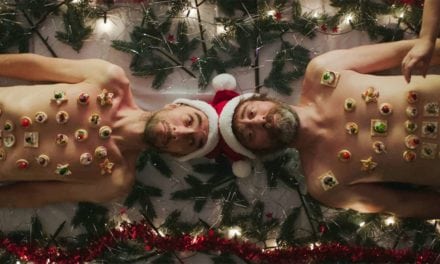