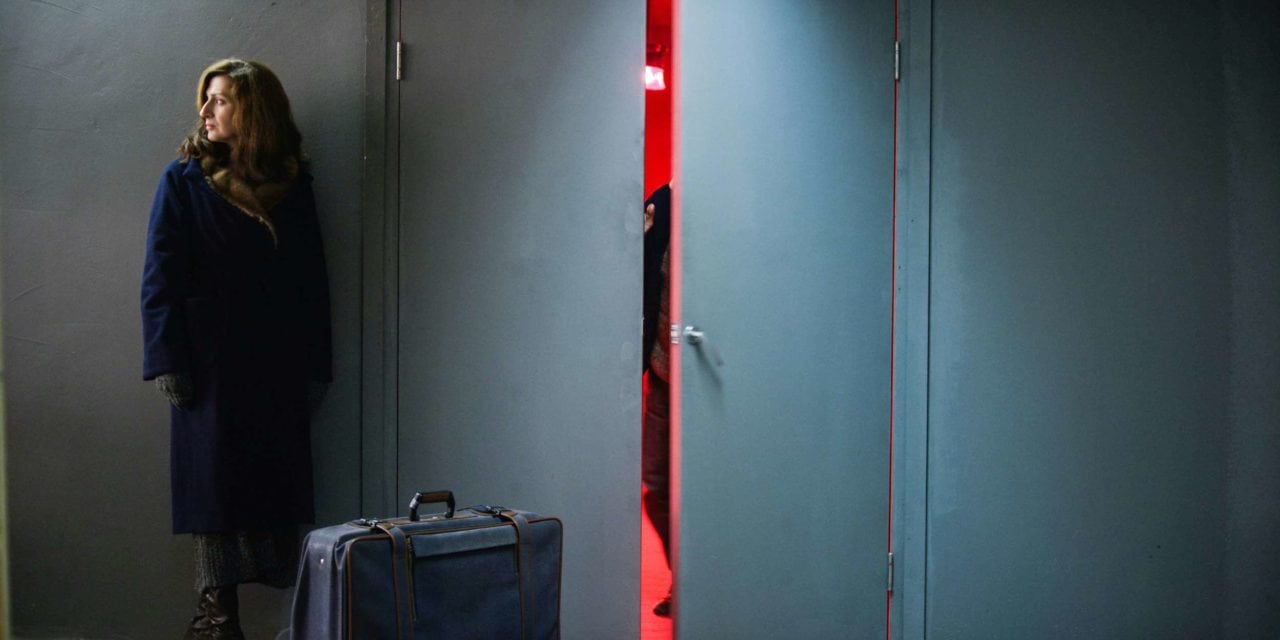 Scary Mother is a new film that formally sets itself apart from the glut of recent neo-realist cinema emerging from Georgia. Taking a different aesthetic tact, the film uses a bold expressionistic color palette, architectural details, and psychological acuity to mind the depths of a story about a housewife shirking her responsibilities in order to write her first book, to the consternation of her family.

By setting her film apart from the rest of the country’s cinematic landscape, and using a seasoned cast and crew, Ana Urushadze (daughter of Tangerines director Zaza Urushadze) has made a first feature that critics and viewers alike are taking note of. It won Best First Feature at the Locarno Film Festival where it premiered, collected awards at the Mumbai, Gíjon, and Sarajevo Film Festivals, and was chosen as Georgia’s entry for this year’s Best Foreign Language Film nomination. 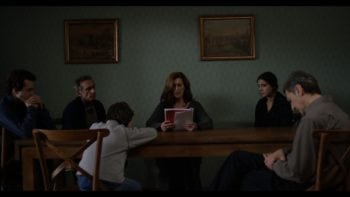 Living in a geometric, drab, Brutalist communist-era high-rise, Manana (Nato Murvanidze) is the “scary mother:” She puts her roles as wife, mother, and daughter on hold as she writes her first book. She records episodes from her life by writing and inscribing them on her body with ink, as if perpetually scrawling a tattoo on her hands and wrists. They’re notes for the fantastic episodes in her literature. Manana’s on the brink of a mental breakdown — at least that’s what those around her think. Captured first in a close-up that gradually pushes back into a master shot, when Manana first reads her writing to her family, her older son nervously laughs, her daughter and younger son remain silent, and her husband Anri (Dimitri Tatishvili) balks at disturbing scenes such as a Medusa-like woman whose 105 brown dreadlocks slip into her vagina one by one. Manana observes scenes — fuel for her book — in her apartment’s bathroom tiles. And, to make Anri even more uncomfortable and worried, Manana tells him a dream of transforming into a monster that sucks the blood of pregnant women.

Urushadze captures Manana and her roiling world in clean, antiseptic compositions that are saturated with color; entire rooms are slate grey and bold red.   She opts for master shots that give the impression — reminiscent of the claustrophobia in Polanski’s films — of characters dominated by the spaces they inhabit. She uses close-ups and shot-reverse-shot volleys sparingly, particularly in a series of confrontations between Manana and Anri, and her and her father (Avtandil Makharadze). It is in these encounters that Manana faces censorship and resistance. After listening to her words, Anri has Manana burn her manuscript. Little does he know that she has more copies stashed away by her editor, Nukri (Ramaz Ioseliani), a bug-eyed stationary storeowner. Nukri functions as a Mephistophelean character, encouraging Manana’s writing and protecting her from her critics at home, even going so far as to offer her a room to write and sleep in at his store. And when no one else sees what Nukri perceives as a masterpiece of literature, he goes ahead and gives Manana a printing press for her birthday so that they can self-publish her work. 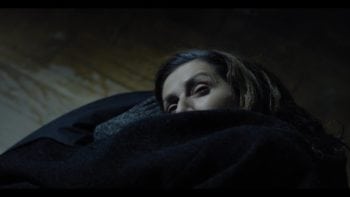 For Manana, creative work takes precedence over family and household matters. In this way, Scary Mother is comparable to My Happy Family (2017). In Nana Ekvtimishvili and Simon Gross’ sophomore feature, one that’s more aligned to the realist sensibilities of recent Georgian cinema (handheld camerawork, long takes), a middle-aged woman extricates herself from the cacophony of her family and moves into an apartment by herself in a different neighborhood. Scary Mother, on the other hand, uses a psychological horror framework to dramatize the clash between nurturing an artistic voice and the iron grip of familial patriarchy. It is a film in which the creative act is a violent force that’s alienating to those around.

When Manana meets with her father, a translator intrigued by the author (Manana doesn’t reveal it’s her until the meeting) of such an “ingenious and obscene” text, he suggests cutting characters and a certain scene. Literary criticism turns to a critique of life experience as Manana’s father judges her: She’s running away from her childhood fears, has married an underwhelming man, and has become a hemmed-in housewife. Her strained creative desires lash out in such a repressive situation. It is during this moment, near the end of the film, that Urushadze uses shot-reverse-shots in which the camera is placed on the axis of action, indicating with basic film grammar and making the meeting all the more meaningful, that they’re looking directly at each other.

The assessment is not limited to Manana, for her dad also spotlights his own shortcomings. He was an absent father — never expressing love and attention — preoccupied with his own work.  Placed at the end of the film, the father’s psychological explanations recall films such as Psycho (1960). But where Hitchcock presented such interpretations with a whiff of irony, Urushadze plays it straight. 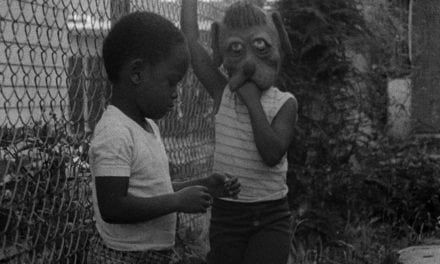 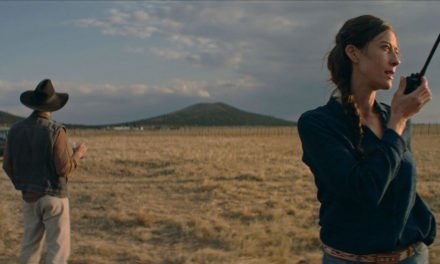 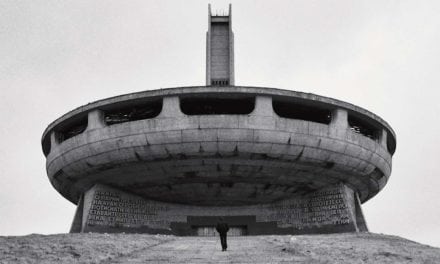