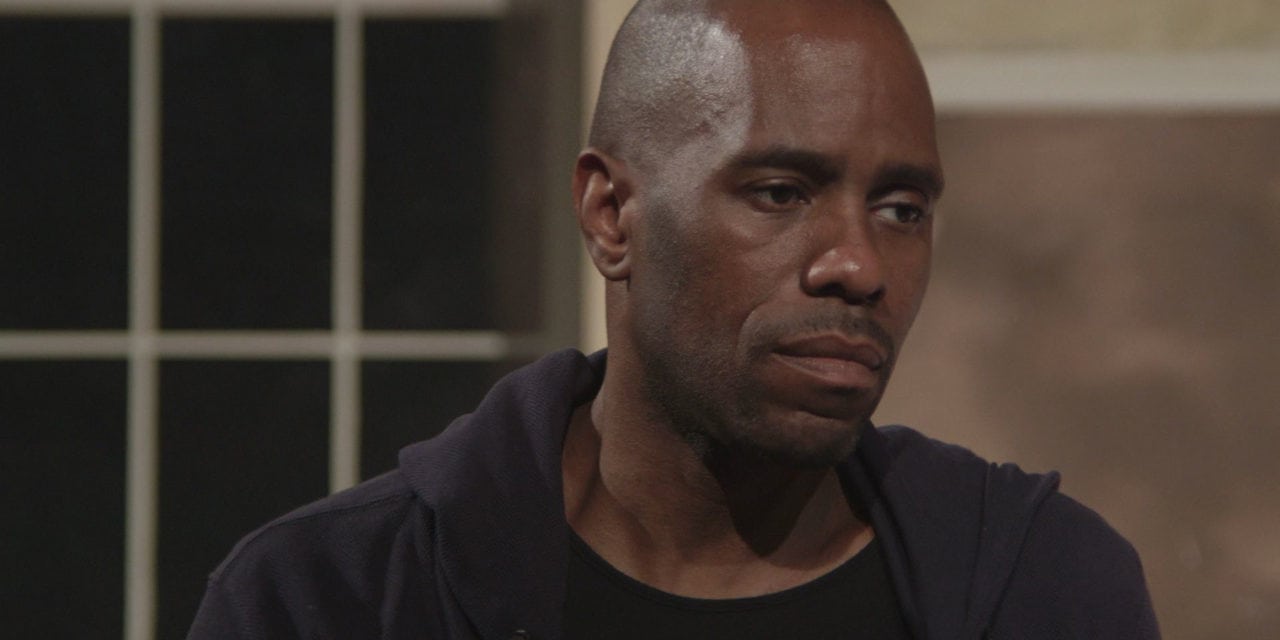 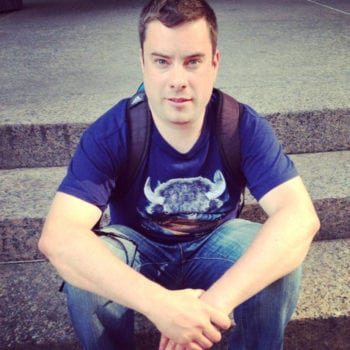 Five years after his last feature, Dipso (2012), a Brooklyn based director Theodore Collatos returns to the big screen with a claustrophobic new thriller, Tormenting the Hen (2017). A New York couple—Claire (Dameka Hayes), a theater director, and Monica (Carolina Monnerat), an environmental engineer—travel to an idyllic countryside retreat in The Berkshires, Massachusetts. Monica plans to work on a new play she’s putting on, and Claire hopes to enjoy time with her girlfriend. But an overly intrusive host (Matthew Shaw as Mutty) throws the couple’s dynamics into disarray, as unresolved tensions between the two women resurface in a crescendo of discomfort and anger. Kinoscope spoke with Collatos about his latest work and the joys as well as challenges of micro-budget productions.

What made you realize you wanted to become a filmmaker?

I guess it was sheer love for films. I remember growing up and falling in love with movies, so much so that entering a cinema felt like entering a sacred place, a church of sorts. I was living in Chicago at the time and would spend hours at the city’s film archives trying to expand my understanding of the world through films. As for making movies, I just started from the ground up. I learned the craft, every aspect of it. I started as a painter, a photographer, and then focused on scriptwriting, which was an extreme challenge for me in the earlier days, since I am more of a visual artist. That, in essence, is how I started.

How does your latest Tormenting The Hen relate to the rest of your filmography?

Well, each of my films is different. Because I’m so interested in different styles and genres, nothing I do resembles my previous stuff. Dipso was very much a case of social realism set in a town I was living in and grew up in, and deals with real people and circumstances. With Tormenting the Hen I wanted to do something that dealt more with morals, perceptions and judgments and the world we live in, where words are possibly more damaging than actions. So I wanted to work on my writing. I wrote a few plays to learn drama and to work in the more moralistic realm, where characters are at odds with each other, and their perspectives, their positions are clear. Dipso dealt with a community, so the variations between each character weren’t as extreme as they are in Tormenting the Hen.

I’m curious about your screenwriting process. You said you wrote the script around your actors’ voices so that you’d be certain they would care about their characters.

I love documentaries, and one of my favorite cinematic movements is direct cinema, which relates to photography, where you’re essentially an outsider looking at a scenario. And I love making documentaries that work like that. But as for writing, I had to spend a huge amount of time learning how to do it. With Dipso, I tried to mix the two worlds. I’d follow my documentary vein, while also using a very detailed outline, because I was working with nine actors. The cast and I would talk about what they’d say, and how they were going to say it, but none of them memorized lines. Tormenting the Hen was kind of a scary process, because I wanted to challenge myself and see if I could write a decent script. The process revolved around people who wanted to work with me based on what I’d done before. I built the story around those people. It was up to me to branch out beyond what I was comfortable with and use the script as the foundation of their engagement on stage, and create a moral dilemma within their world. I find that a lot of films, even those I love, rely so heavily on the assumption that what you’re watching is real. I grew up with that stuff and I love it—I love poetic, magic and social realism—but I just grew tired. I wanted more. I learned a new set of skills, and I now find myself with plenty of new ideas that work better in script form. I moved to New York after I did Dipso, which was a big challenge. Living in New York is hard. I feel as though I spend a lot of time in small spaces inside my mind, so to speak. And so I am able to channel many more ideas into script form than I used to when I lived in other places where living wasn’t as hard. Living in New York makes you feel very suffocated. If you do something you have to be fast because everybody is busy. As I began working with these actors, I wanted to find something we could do efficiently in about a week, because people can’t take time off work, everyone is struggling. I didn’t have the freedom I had when shooting Dipso, when people could come over and shoot things.

You made your entire film in 6 days. How did the shooting go?

Part of my intent was to create something angular that people would either hate or love. The film has a rich moral subtext, displays judgments and political commentaries. I had to rely on practical filmmaking tricks. A lot of it was set in one place and the actors all got to live in the same house. Each time I shot a scene I shot it differently, so that, even if it is filmed in the same location, it feels visually different. I got to oversee the whole shooting of the film in 6 days, but there were plenty of financial constraints attached to that decision. It was a “either we make a film or we never make a film ever again” sort of deal.

Part of tension in Tormenting the Hen owes to your directing style, with extreme, near claustrophobic close-ups.

Judgments are suffocating. Anytime I find myself slipping into them I always feel as though that’s my own fear coming to light. And that was the implication behind having so many close-ups. Anytime you’re in a situation that makes you uncomfortable, like when you walk into a room you’re not supposed to be in, you immediately start tunnel visioning. I was trying to reproduce that feeling. At the same time, I relied on human faces. Wasn’t it Bergman who said there’s nothing more interesting than a human face? Even more so when you don’t have a budget and can’t afford the fanciest cameras or lenses. This was all written in the DNA of the film. After all, what can be more suffocating than a close-up?  You don’t have any perspective on how people are physically reacting to each other, or looking at each other, you’re just seeing one character’s judgment of another, not their relationship.

There’s an aura of Polanski’s earlier chamber dramas in Tormenting the Hen, with hints of more recent social thrillers à la Get Out. What are your influences as a filmmaker?

I like so many kinds of things. With Dipso, it was more documentary and social realism. And with Tormenting the Hen, I wanted to make something that was a little bit more accessible, so that someone who has never seen an independent film may feel intrigued by it. Something that felt intriguing and genre tropes that worked as devices, to get you to look at a bigger idea of social commentary. But I also just wanted people to feel compelled to watch it, to keep asking themselves: what is this? 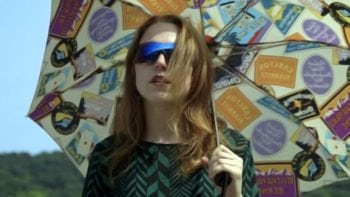 You wore many hats in Tormenting the Hen, which seems to have been a leitmotiv of your career. How difficult is it to juggle so many roles at once?

Well, it’s definitely not how I’d like to work! [laughs]. It really just came down to not having much money to pay people. I know lots of ridiculously talented people I could hire, but budget constraints didn’t let me. Hopefully the more films I make the bigger the number of collaborators I’ll be able to attract. And I think it’s already happened. A lot of people I didn’t know before I made Tormenting the Hen joined me for this last project.

When I was making Dipso I didn’t really know anyone who could help me out. I hired a great cinematographer that was recommended to me, and we became friends, but that was it. There was just the two of us. I made the film and moved to New York. I toured around festivals, then had the film screened on Fandor and Kinoscope. Again, I don’t really want to work like that, by myself, but on the flipside, this enabled the whole project to be self-sustaining, because I didn’t have to translate anything through someone else, I had the freedom to do what I wanted, shoot scenes whenever we could.

It was all incredibly stressful, not just because I didn’t have anyone to help, but also because there was nobody I could go up to and ask: is this a bad shot? Should I shoot it this way or that way? And nothing was storyboarded, I just looked at the scene and tried to figure out what I was trying to achieve. The style I went for—close-ups, dolly-like movements, etc.—was dependent on the nature of the scene.

Learning sound for Tormenting the Hen was very painful. It took me three weeks just to sync it. And had I not had such a brilliant co-editor (George Manatos) and co-producers (Manatos, Matt Grady and Ben Umstead), I would have probably been stuck trying to finish for the next ten years. But having a strong relationship with both cast and crew helped a great deal. Oftentimes when someone was not acting in a scene, he or she would get involved behind the camera. I think that helped the cast too, so there was a trade-off. All of them are kind of my family. Tormenting the Hen stars my wife, actress Carolina Monnerat, my close friend Matt Shaw, who previously worked with me on Dipso and the short film, Albatross, and Broadway actor Brian H. Brooks, who worked in a dance company with my wife for over 10 years. It was really a supportive environment.

What are your current projects?

Carolina Monnerat (the lead actress in Tormenting the Hen) and I are in the post-production and fundraising stage for our documentary, Queen of Lapa shot during the Rio de Janeiro Olympics. It’s a film about Luana Muniz and the safe house she founded and ran for trans sex workers. Luana was a major figure, internationally and in Brazil, and fought hard over the decades for civil rights. About thirty girls still live and work in the house. The documentary is a really intimate portrait of the girls, their loves, humor and a dignified side of their life. Luana gave us unprecedented access that was never really granted before. Unfortunately, she passed away a few months after shooting. Since then we’ve been working hard on translating the footage and prepping for edit. Otherwise, I’m developing an existential comedy pilot and series with Matt Shaw (the lead actor in both Tormenting the Hen and Dipso), a political thriller, and a small town mystery film. 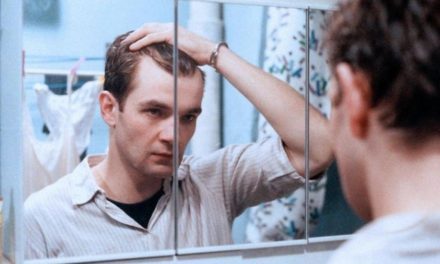 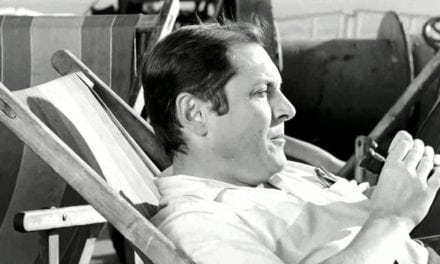 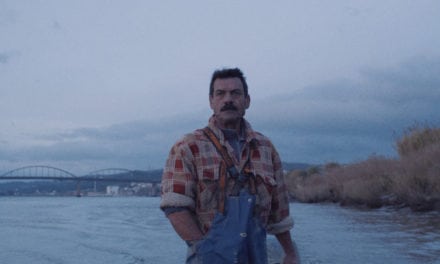