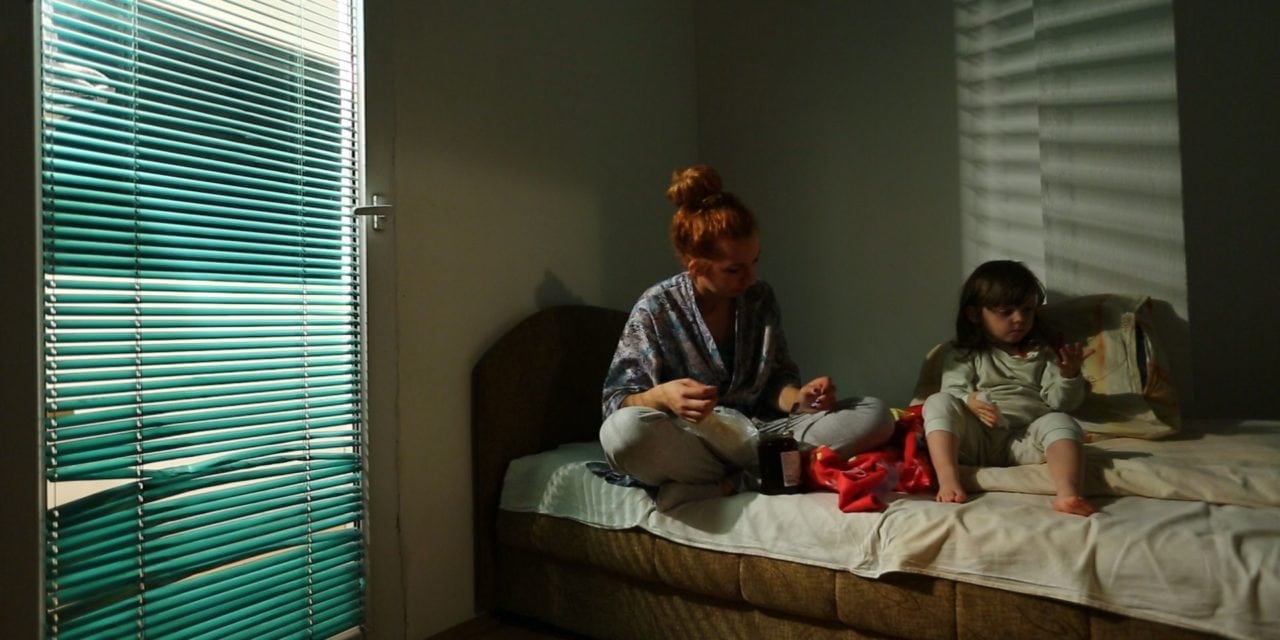 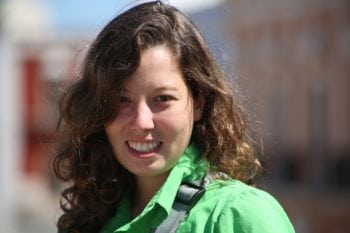 For Mexican director Marta Hernaiz Pidal, 2018 is off to a terrific start. An award-winning director and alum of Mexico’s Centro de Diseño, Cine y Televisión and the Béla Tarr-led Film.Factory, her debut feature The Chaotic Life of Nada Kadić just premiered at the Berlinale in the festival’s Forum sidebar. A road trip movie following a mother and her autistic daughter making their way through Bosnia and Montenegro, it ushers in Hernaiz as a remarkable new voice in contemporary Latin American cinema. Kinoscope (which is currently streaming her 2016 short “Dobro”), spoke with Hernaiz about her career, filmmaking style, and The Chaotic Life of Nada Kadić.

I’d like to start with the obvious: what made you realize that you wanted to become a director? Was it a particular film, a movie-loving relative or friend, or something that you always carried within you?

I guess I always carried it within me, or perhaps it was just my destiny. I was about seven when I decided I’d become a painter, and on Christmas day, I found a big white canvas waiting for me. I remember I’d stare at it for months trying to figure out what to paint, but I never dared to touch it — until one day, coming back from school, I found a weird abstract painting on it and my little sister covered in yellow paint. I didn’t even think of buying another canvas — I changed my plans and decided to become a writer instead. When my birthday came, my aunt gave me this beautiful, enormous, and heavy typewriter, but before I could even type the first sentence of my great debut novel, I fell down the stairs and broke it. By the time I finally got a camera (a Mickey Mouse toy one), I was old enough to take care of it. The camera became my favorite toy, but also my favorite tool to communicate, and a life companion of sorts.

Your experience in the film industry spans a few years already: after graduating from the Centro de Diseño, Cine y Televisión in 2011, you began producing (“Plutón y los planetas”), directed your debut short (the award-winning “Pollito Chicken, Gallina Hen”), and edited and shot a number of other works. How did you manage to juggle so many different roles behind the camera?

Maybe it’s because, for better or worse, I was a film student! The Centro de Diseño, Cine y Televisión, as well as Film.Factory, which I joined for my master’s in film directing, taught me the skills needed to work in every aspect of filmmaking, but also gave me something far more important: a group of people I could create with as opposed to just a crew for me to direct. I like the idea of making films in a collaborative way, where I don’t necessarily have to be the director. On top of that, working in different aspects of the craft helps me achieve a better perspective on my work and keeps me motivated.

Looking at the films you’ve worked on so far, do you see a recurring theme in your canon? A leitmotiv, or topics that you may feel particularly attached to?

Well, I guess this is something that doesn’t come consciously, but I always somehow end up following female characters who live on “the edge” and struggle in their everyday life. I know right now I am eager to make films about ordinary people living in and rebelling against today’s society — but let’s see whether and how that will change in the future.

Your latest short, “Dobro,” screened in the 2016 Cannes Cinéfondation competition, and follows a quarrel between a Romani woman and a Bosnian national, who tries to evict her from her building’s front entrance. How did the idea come to you? Why the theme, and why Sarajevo as the film’s location?

I used to live in Sarajevo while studying at Film.Factory. Living in a new country so distant and different from my own, observing and comparing the two, opened my mind to a whole new set of possibilities. Everything I experienced in Sarajevo became a source of inspiration for possible film projects. Living alone for the first time, or having to do everyday chores in a language I didn’t understand made me think differently. For example, trying to buy vegetables at the local market — aside from being a challenge in and of itself — made me picture a character who would always answer with the only world I knew when I arrived in Bosnia: dobro, fine. 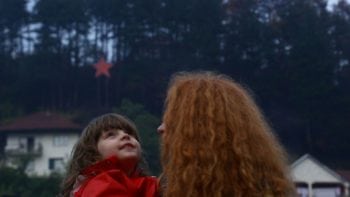 Your casting choices in “Dobro” were outstanding. Given the little dialogue featured in your script, most of the talking, as it were, came from your actresses’ faces. How did you cast your female leads? Had you worked with them in other projects, or did you know their previous work?

They were both non-professional actresses. Casting and working with them reminded me that I like to make films not only to meet different people, but also to try to understand “the Other.” Filmmaking for me is a pretext to interact with and get closer to people and cultures that interest me. I didn’t know a lot of people in Sarajevo, and had no clue as to where I’d look for actors, so I just started looking for them in the streets and the places I went to. In fact, I met Julija Pavlović, [the Bosnian national] at a rock concert! I started observing her in the crowd and then approached her and asked her to be in my film. As for Mira Bešič [the Romani woman], I went to Sarajevo’s Romani neighborhood, Gorica, on the day of their biggest holiday, called “Đurđevdan.” It was an amazing experience: the entire neighborhood was dancing and cheering, and people invited me to join them. I ended up having coffee in virtually every single house in the area. One of them was Mira´s.

Your directing style struck me as humanistic, almost respectful in how it pays justice to your characters. I’m thinking of “Dobro”’s first few minutes, when the camera tracks toward the Romani woman sitting by the building’s entrance: we see her face, but do not see those who gather around her and try to evict her. It’s a brilliant choice because it places us, both visually and symbolically, at her level, and prevents us from looking down on her the way her neighbor (and others) do…

Deciding where and how to place the camera is surely one of the biggest and most challenging tasks for a film director, since it determines your style and the way you see and think about the world and people you are shooting. As for “Dobro,” I decided to use the camera in a way that would not impose my voice upon my characters, but allowed me to remain silent and let things unfold naturally. By relying on static shots and others where the camera moves only slightly — and in crucial moments — I was able to speak only when it was really necessary, just like Mira does.

Knowing that you’re a writer-director, I’m curious about the way your work develops. Do you come to your shoots with a full script that you stick to, or do you leave room for your actors to improvise where you/they see fit?

I actually do both. Before the shooting starts, I work hard to get a solid script, which also takes into account the way I’ll place the camera, some editing guidelines, etc. Basically, I try to construct, as precisely as I can, the language of the whole film. I try to figure out what it is that draws me to a certain project, and once I’m sure I like the premise behind it, its essence, I stick to it no matter what. The rest of the journey is one of searching and fortunate discoveries. After shooting my first film, I am convinced that a director must adapt their script to the reality and world they find during the shooting, and not the other way around. Anytime a director pushes too much to get things the way they had them figured out in their head, I fear the end result always feels a little fake, as if it lacked life as well as truth. So, I think improvisation gives the necessary space for real things to happen. At the end of the day, it’s about maintaining a balance between pushing things the way that you want them and letting go of the ones that don’t fit the world you’re filming.

You’ve had the privilege of counting on none other than Hungarian director Béla Tarr as your mentor. Could you tell us how your collaboration developed, and what it’s like to work with him?

Meeting him and being able to get to know him is by far one of the highlights of my career. He pushed me to be brave in my filmmaking but always kept the necessary distance, which allowed me to be myself and shape my own style. Thanks to him, I learned to listen to my characters instead of imposing upon them a role they didn’t feel comfortable with. He showed me how to bring out their uniqueness and spirit, and to make sure the camera could capture it.

Bosnia seems to be quite an inspiration for you — after “Dobro,” you began working on The Chaotic Life of Nada Kadić. It’s your debut feature, and it just had its premiere in the Berlinale Forum sidebar. Could you tell us a little bit about it, and recount the perks and struggles of your transition to feature-length films?

The transition from short to feature-length films is always scary and overwhelming. That being said, it’s been an interesting journey. Making a feature film is the best learning experience a young filmmaker can have, and that’s why I decided to do it as soon as I finished my master’s. Spending those years living in Sarajevo was a meaningful and important experience for me, so I thought making my first feature in Bosnia was the best way to close that chapter before starting the next one. That aside, I had also just found my lead actresses, Aida Hadžibegović-Đombić and Hava Đombić, and realized how important it was for me to portray their relationship, and the context they lived in. I didn’t have much time to wait around — I just jumped at the idea and decided to make the film with all the tools and resources I had at the time. 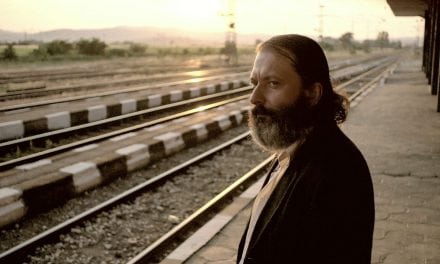 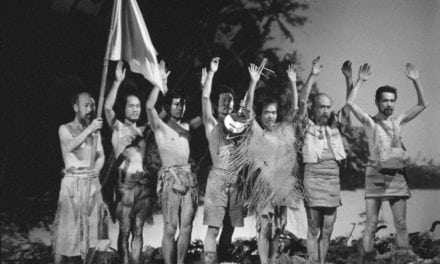 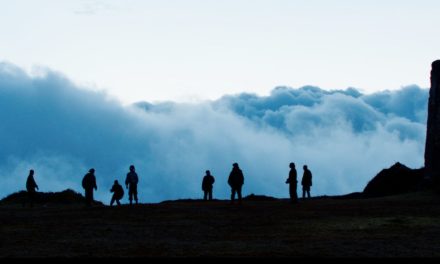