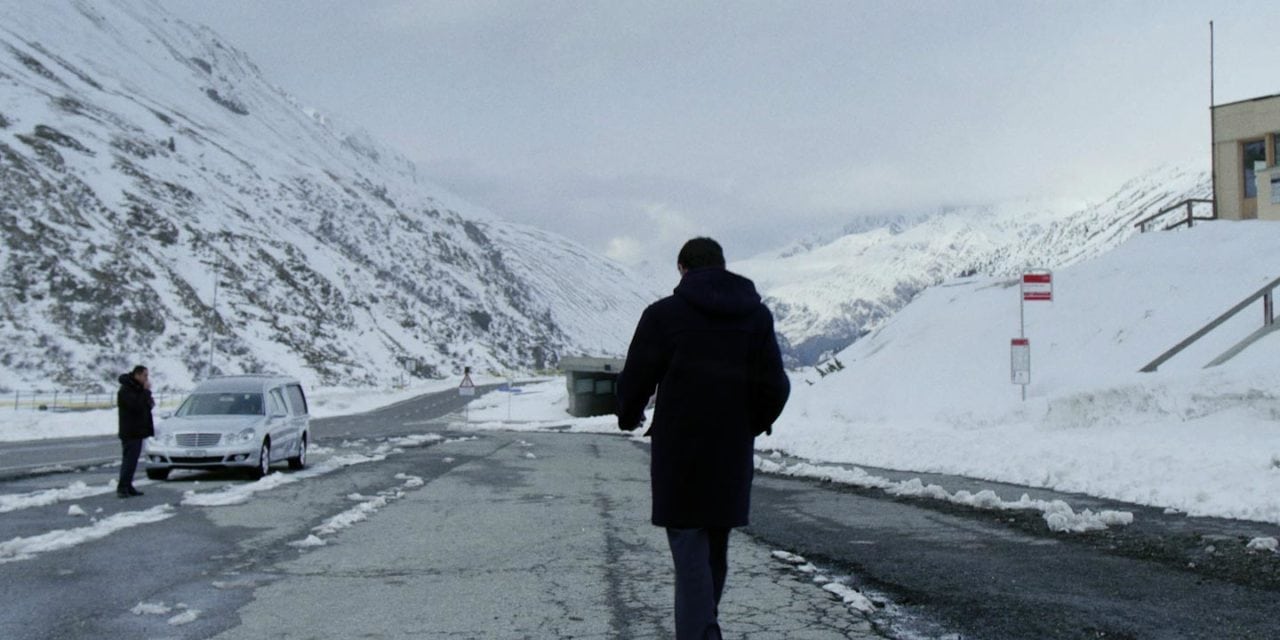 Vladimir: That passed the time.

Estragon: It would have passed in any case.

Vladimir: Yes, but not so rapidly.

Vladimir and Estragon sit on a stage and wait for Godot, who never arrives. While they wait, Vladimir and Estragon talk, bicker, fight and make up, plan to commit suicide, and occupy themselves with banter. We realize Godot will never come, and his arrival isn’t the point of the play either. The point is filling up the void of the eternal wait, populating our hours till our time’s up, traveling the road before it ends.

Pierre-François Sauter’s documentary, Calabria (2016), is a film about journeys. José Russo Baião and Jovan Nikolic are morticians who drive a hearse from Lausanne, Switzerland to a town called Gasperina in southern Italy’s Calabria carrying the dead body of Francesco Spadea. Transitioning from life to death, Francesco’s body travels across borders, between the defined lived space and the unknown realms of death. It moves from its marked position on Earth to an underground grave and then perhaps, to higher, mythical spheres.

While José and Jovan prepare Francesco’s body for the coffin with precise movements and exact procedures, we hear shoes clicking on the funeral home’s floors and the occasional whirring of the stretcher wheels. Against clinically white walls, the morticians, sharply dressed in black, come and go — stapling cloth to a coffin, dressing up a corpse, and then hauling the body into the casket. Business as usual. Sitting straight in his black suit against the peach-colored wall of a kitchen, José drinks coffee while Jovan sews his coat. In a way, they are a kind of Vladimir and Estragon who silently occupy themselves. They’re in no hurry and everything seems to be fitting perfectly into an invisible plan as they wait before starting their two-day drive.

The film reveals the drive to be way more than just a movement from town A to town B; it becomes the Journey that consists of several smaller, constituent ones. Jovan, a gypsy singer from Belgrade, came to Switzerland to perform and stayed because he met and fell in love with his now-wife; José is Portuguese and, as a child, arrived with his immigrant parents. By the time mom and dad left Switzerland, and feeling a strong connection with the land, he decided to remain in the country. The film reminds us that the journeys we make are not just determined by the roads we drive through, but they are also about the places we choose to settle in. The lives of Jovan, José, and Francesco stand in for those of immigrants everywhere — the constant movement in search of money, safety, food, and love.

On the one hand, Calabria is about a journey featuring a Portuguese and a Serbian immigrant driving an Italian’s coffin to another country. And on the other, it is about the invisible and convoluted paths the men take inside their heads, reflecting on their own pasts and fishing out memories that enrich their conversations.

Beginning the film with archival footage of Italians arriving in Switzerland, working in construction sites, and developing new roads and buildings, Calabria is as much an homage to the immigrants’ labor as it is to their songs. As a worker strums on his guitar and hums, we hear his voice reverberate during portrayals of intense labor. The film cuts to the present, and we meet Jovan whose guitar is an extension of his own self. He is deeply saddened by the death of his favorite guitarist, Paco de Lucía, and the gross lack of media coverage of it in Swiss newspapers. Already grieving the musician’s death, Jovan departs for Gasperina amidst snowfall and sings in his deep voice, “I’ll be leaving behind the graves of my parents, as I will the songs of the musicians / I’ll be leaving my boots and my farm, and the black horses along my plains.” Along the way, he takes turns driving with José, sings frequently, and asks questions while José drives in silence, answers in short, logical replies, and never sings along. When José says he doesn’t believe in life after death, Jovan insists that he needs to see a psychiatrist.  (“Estragon is inert and Vladimir restless,” Beckett wrote to the theatre director Alan Schneider.) While the two talk, filling up the void of the drive in and out of pitch dark tunnels, and the wait to get to Gasperina, they embark on a philosophical quest where they discuss, question, and discover each other’s beliefs on life, death, poetry, and who they think is the world’s greatest violinist. Jovan thinks it’s Roby Lakatos while José fights over David Oistrakh. 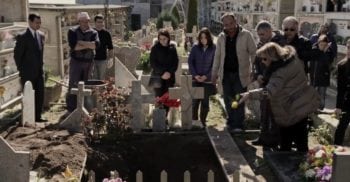 What could’ve been a grim and dry film given its preoccupation with death, Sauter treats Calabria with generous beauty and endearment. From a film about transporting a dead body, it becomes a road movie, albeit in a hearse. The men who discuss the meaning of life and love are given a humane roundedness as they are shown as tourists who get lost, ask for directions, and are excited to take photos as they travel through Rome and Naples — stretching their necks out, hoping to catch a glimpse of some ancient monument. Theirs, of course, is not the lively jaunt through crowded piazzas or the Colosseum, but it’s still a journey — a Roman holiday complete with raindrops and music. There is a beautiful and fleeting moment masterfully engineered by Sauter where Jovan starts crying after trying to imagine life after the death of his wife. While Jovan sits quietly reflecting on grief, José drives on with a straight face, his breath steadily rising and falling with Oistrakh’s crescendo playing in the hearse.

After José hands over a wreath of flowers in his typical gentlemanly manner at Francesco’s funeral, the two men make their way back. The back of the hearse is now empty and one can clearly see outside through the rear window. Crates of peaches fill up the space vacated by the coffin. On their way to Gasperina, as the Swiss winter makes way for the Mediterranean temperate weather, José looks out the window and asks, “It’s so beautiful here. Why would anyone move? Why wouldn’t you be able to make a living here?”

In that one question lies both the tragedy and the exhilaration of our lives; the exhilaration of always finding new ground and the tragedy of never locating a home. It’s the question we’ve asked ourselves way too often. When the day is done and the men bring back little souvenirs from their journey for their loved ones back home, Sauter answers it for all of us. We move because we hope, we hope because we love. 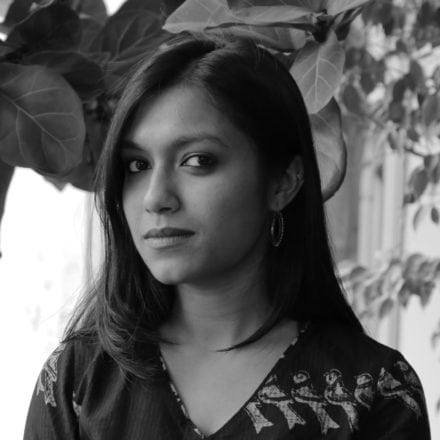 Bedatri studied Literature and Cinema in New Delhi and New York, and she loves writing on films and most other things. She lives in New York, where she binge watches reruns of old TV shows and takes notes about strangers that she meets on the subway. You can give her a holler on Twitter (@Bedatri) and read her writing at www.bedatri.com 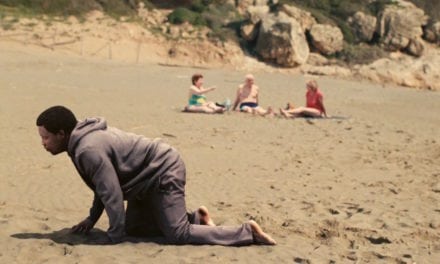 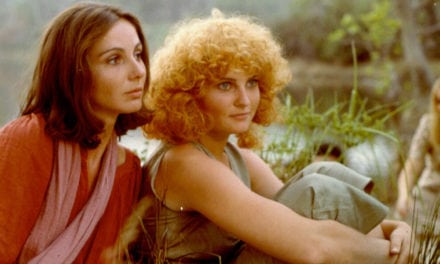 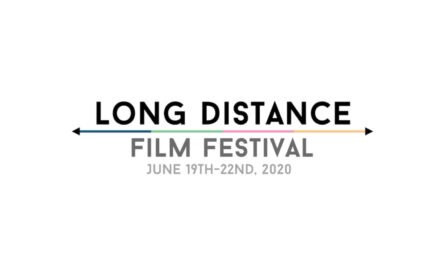