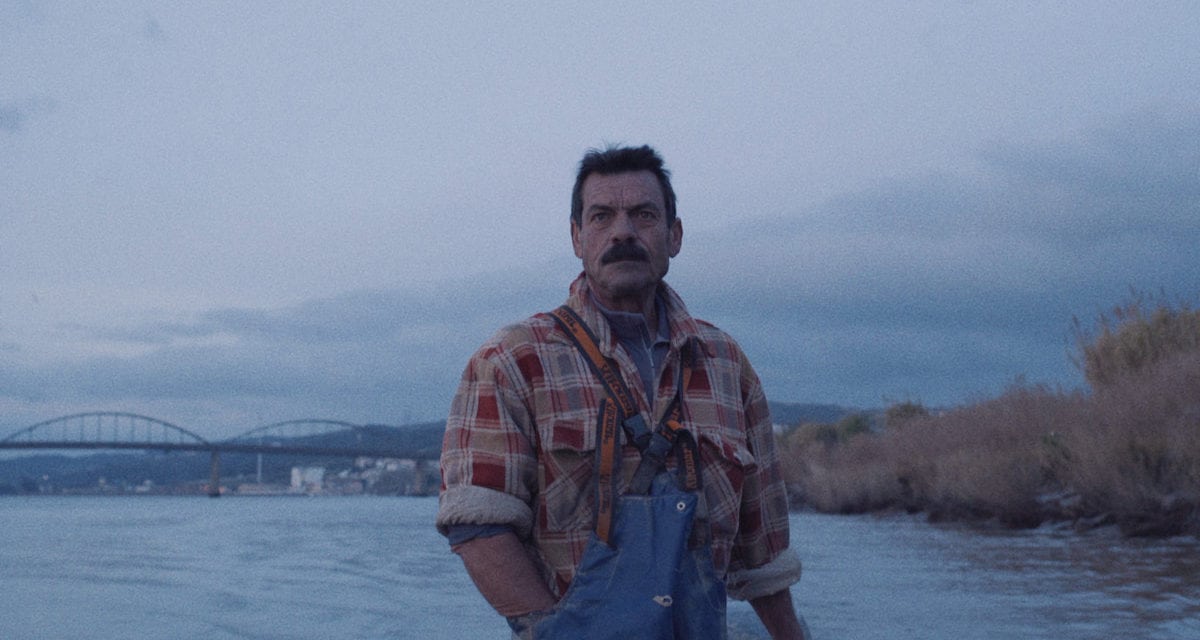 At the 2016 edition of the Berlin International Film Festival, 23-year-old Leonor Teles became the youngest ever recipient of the Golden Bear for Best Short Film. Her prize-winning effort “Batrachian’s Ballad,” an 11-minute concoction of memoir, protest, and gonzo documentary, attacked anti-aboriginal discrimination in Portugal with thrilling irreverence: Much of the short follows the half-Gypsy director as she goes around smashing the ceramic frogs that various Portuguese stores keep in their doorways to ward off Gypsies.

With her first feature Terra Franca (2018), which just won the Scam International Award at the Cinéma du Réel festival in Paris, Teles fashions another — but altogether different — hybrid of reality and fiction, the personal and the political. Her meditative, meticulous film documents a year in the life of Albertino, a fisherman in the riverside Portuguese town of Villa Franca. A man of few gruff words and many long, solitary silences, Albertino is a mellow version of a Western hero: he rides his boat across the Tagus River like a stallion through a prairie, looking utterly in his element against the orange-pink skies seen during magic hour. Teles keeps her camera mostly focused on her protagonist but gradually widens the frame to include the people and events that circumscribe him. His family gears up for his daughter’s wedding, which entails affectionate celebrations as well as domestic tiffs, while an accidental violation of arbitrary fishing regulations threatens to take away his livelihood. Teles uses long, static takes and vivid compositions to render Albertino’s world with a lyrical social realism, while soul and R&B music wafts through the film, richly evoking the fisherman’s nostalgia for a different way of life.

In advance of the Paris premiere of Terra Franca, I had an insightful conversation with Teles about the making of her debut feature.

I wanted to start by talking about the mode of the film. Until the credits rolled, I couldn’t figure out if I was watching a documentary or a narrative film. It felt naturalistic enough to be a documentary, but the intimate and meticulous framing made me wonder if it was fiction.

I think it’s just a step forward for the film and for the experience of the viewer when you can do both. When I was writing the film, I knew that I wanted to work with non-actors and try to create fiction out of their real lives. In a way, it’s still a documentary because they are very spontaneous and are representing themselves. Only three or four of the scenes were staged, and nothing was written down or scripted… we just had some ideas for scenes.

But it was important to me that the editing and the way that I filmed the shots was in the style of a fiction film. I didn’t want it to be like a documentary, where something is happening and the camera just goes along with it. No, for me, it was very important to get the camera in the right place and to know what was going on. That’s why I shot it over two years. 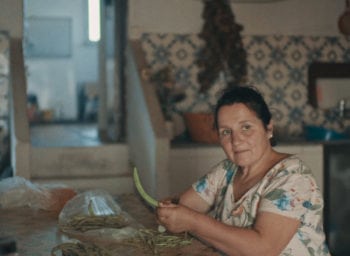 How did you get the idea for Terra Franca? How did you develop the narrative?

I grew up in Villa Franca, the town in which the film is set. My grandfather… he wasn’t a fisherman, but he worked with fishermen and in the selling of fish. I have all these memories of going on the river with my grandfather in a boat. And I love that part of town where Albertino lives, which is close to the river and really beautiful. I always wanted to shoot something there.

A few years ago, in 2010 or 2011, when I was still in film school, I had to shoot something at this little beach to the north of the river. You have to go there by boat. And the person who took me there was Albertino. I became fascinated watching him cross the river in his boat. He looked so natural and powerful at the same time. I was like, this guy is in his place. He is connected to the water. That visual moment was special and it was stuck in my head for a long time.

In 2014, while I was making “Batrachian’s Ballad,” I told my producer about this place and this guy, and I said that I’d like to write something about him. And she said, okay, just start writing and let’s see where it leads us. I began it as a short, but it started to develop so much that I decided it would be a feature. Then I visited Albertino and asked if he’d like to be a part of it, and he said yes. So I started to visit him more regularly, just to get to know him and what he did for a living and what his routine was like. And then a year later, in 2015, I began shooting. I wanted to make something visually strong, because I mainly work as a DP. In the beginning, I thought I would make a fiction film with them, even though they were non-actors. But then I realized that what they gave me was so much better than anything I could imagine. It was so generous and incredible and powerful that I didn’t need any fiction.

You often film Albertino in solitude or in close-ups of his face, which make his emotions and vulnerabilities very visible. How did you work with him to achieve that, especially given that he’s not a professional actor?

Thank you for noticing that part. When I began to work with him, he said, “Don’t ask me [to do] anything I couldn’t do.” And I said okay, of course, I’m not going to ask you to recite a poem or novel or anything like that. And when I chose him — if I can say that, because I think he chose me — I already knew that, without saying anything, he could express those emotions . When I went fishing with him, most of the time he forgot that I was there. He was just there doing his stuff, getting his nets, just fishing. Albertino does something incredible, that I really admire, which is that he’s always the same person, no matter where he is or with whom he is. Usually when you put the camera [somewhere] everything changes. But strangely, I didn’t feel that he changed around me whether I was with the camera or without.

And the other thing was time. When you spend that much time with a person and get to know all their routines, then you know where to put the camera to get shots properly framed. And by the end, he just got used to me and started to trust me, and gave me things I didn’t even ask for.

Albertino’s connection with nature feels tangible in the film. I think a lot of that has to do with the way the film is lit… all the outdoor shots are awash in golden-hour lighting and look ethereal. What’s your approach to filming nature?

It’s just the way I look at nature, I guess. Also, I think Albertino just goes fishing in the most special lights. That’s not me, that’s him. If he said, Leonor, we have to be there at four in the morning, I was there at that time, and the sun would just be shining on the river. Especially at the end of the summer, in September, the sunrises there are really amazing. 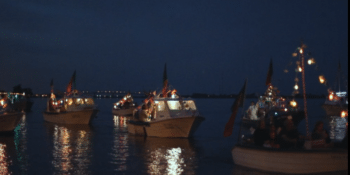 I was fascinated by the way you seem to foreground space using static framing. It feels like you start each scene with a space and then populate it with characters and plot.

I am very inspired by Wong Kar-wai. He does this incredible thing in his films, where spaces tell stories and convey emotions… like when you feel a space, you can feel the people who lived there and their emotions.

It was also important for me to get the camera fixed, to get close to the style of a fiction film. I based that on two things. First, I put my camera down in the same places where I’d been when I first visited that area during the development stage. Because that was naturally my place, my point of view. The other thing was that when I was in the boat with Albertino, it was really small. He was in front of me, I was on the other side, and I didn’t have anywhere else to go. So it was reality saying, you have to be here. And it was the same in the other locations too. I had these limited square meters to move within, and I didn’t want to go much further, because they’re real people and I have a distance from them that I need to respect.

You punctuate the film with soul and R&B songs by Nat King Cole, Leon Bridges, and Bill Withers. They took me by surprise, because I didn’t expect the characters to be listening to American music. What made you pick those songs?

For the wedding dance, it was the groom’s [family] that chose Leon Bridges. It wasn’t me. So even if I wanted to change it, I couldn’t. And then… I don’t know, I really like soul, and in Portugal, we don’t have people who sing like that. And when I tried the [American soul and R&B] songs, I was like, this is perfect. These songs talk about Albertino even though he’s not American. They capture this feeling of nostalgia that Albertino has, because he’s not a man from now. He is a man from another time, another era.

Terra Franca recently premiered at the Cinéma du Réel festival in Paris, where it won the Scam International Award. 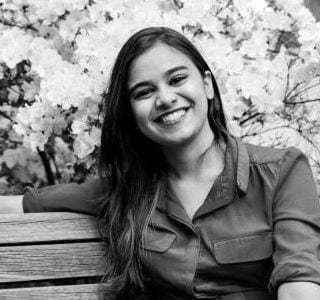 Devika Girish is a freelance film critic currently based in New York. She writes for Film Comment, Village Voice, Reverse Shot, Vague Visages, and MUBI's Notebook, among others. She grew up in India, studied film and critical theory at Brown University, and will soon start a Master's in Specialized Journalism at the University of Southern California. Read her writing at devikagirgayi.wordpress.com or follow her @devikagirgayi on Twitter. 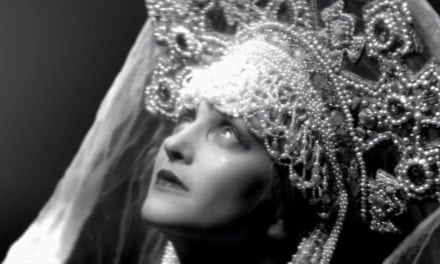 Out of This World: Surrealist Films at International Film Festival Rotterdam 2018 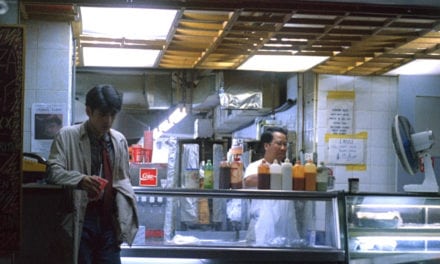 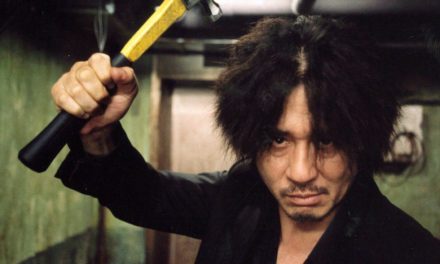 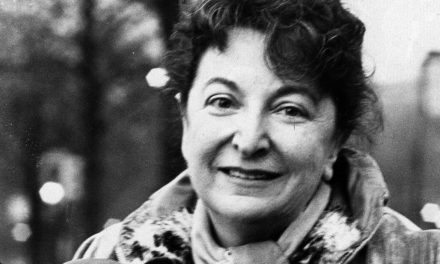