Coming of and Grappling with Age: In Praise of Mike Mills’ “20th Century Women” 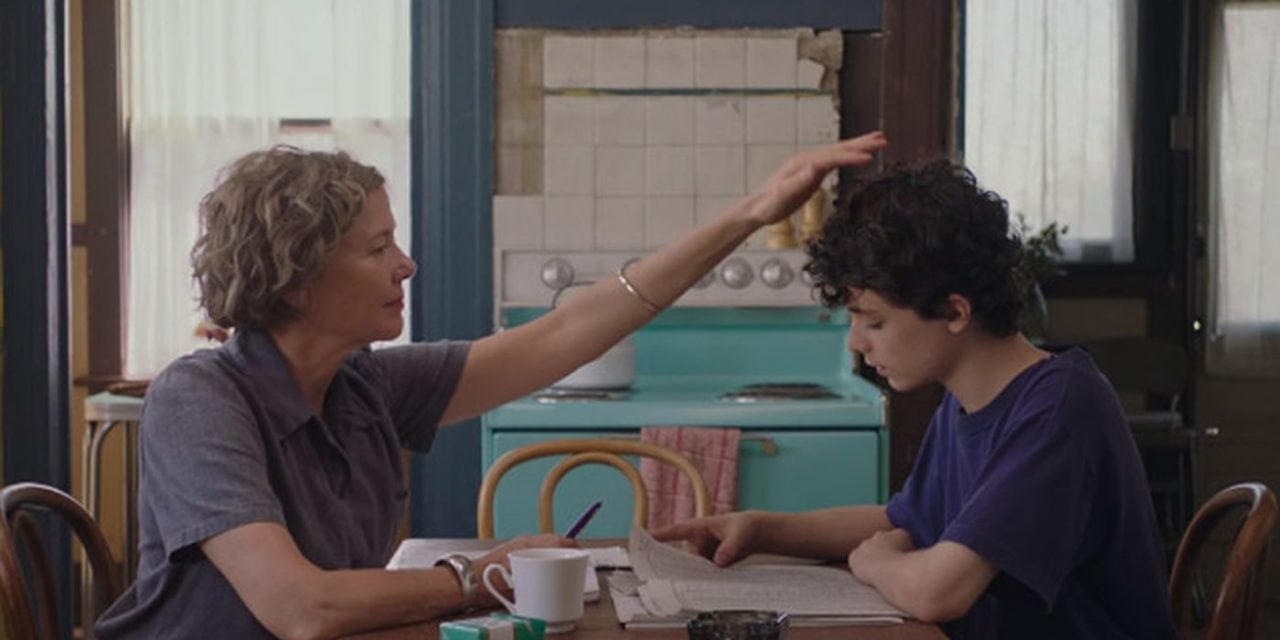 There’s a scene in Mike Mills’ memorably gorgeous 20th Century Women (2016) that I always come back to. We’re inside Dorothea’s room, in that Santa Barbara Victorian house the 50-something chain-smoking Amelia Earhart lookalike (played with career-high bravado by Annette Bening) lives in with her 15-year-old son Jamie (Lucas Jade Zumann) and two other boarders, 28-year-old Abbie (Greta Gerwig) and 40-something William (Billy Crudup). The year is 1979, and it’s almost dawn. Dorothea sits on her bed and cringes in motherly fear as Abbie recounts the night she just spent roaming around Santa Barbara with Jamie — the way the teenage boy got drunk on beer, how he seduced older women, and eventually kissed one of them — when her voice starts to shake with guilt. “Are you mad?” she asks Dorothea. But Dorothea shakes her head. And when Abbie hands her a Polaroid she took of Jamie, the teenage boy looking wild-eyed and happy, Mills’ Academy Award-nominated script says that she does not respond but “looks at the stranger in the picture.” “You get to see him out in the world as a person,” she tells Abbie. “I never will.”

If you’re anything like me, someone with an unhealthy and dangerously precocious tendency to linger on memories, then you’ve probably resorted to a number of coming-of-age films to nurture your addiction. Coming-of-age features have a peculiarly nostalgic aftertaste — one that feels greater the farther away you find yourself from that extraordinarily clumsy, frightening, and exhilarating struggle to find a place in the world. But their protagonists seldom show nostalgia themselves. They rarely — if ever — belie signs that one day they’ll wax lyrically about the limbo they’re mired in. More often than not, they’re too busy trying to leave it all behind them, the way Saoirse Ronan’s Christine in Gerwig’s Lady Bird (2017) spends her entire adolescence itching to flee Sacramento, and only realizes how much she’ll miss it as soon as home is suddenly far away. The tragedy and the loss inherent in the idea of growing up is often a lot clearer to the adults that surround them, people who have already undergone those changes and now see them reflected in their children. I think this is the reason why, of all the memorable scenes in Call Me by Your Name (2017), Michael Stuhlbarg’s monologue lingered in me long after any others; or why watching Marion (Laurie Metcalf) breaking down as soon as Christine leaves Sacramento feels so emotionally devastating. And I think, among other reasons, this is why I can’t get over 20th Century Women.

In many ways, Mike Mills’ 20th Century Women is your textbook coming-of-age film. It follows a teenage boy (Jamie) growing up surrounded by three magnetic women: Dorothea, Abbie, and Julie (Elle Fanning), a 17-year-old next-door neighbor whom Jamie flirts and often shares his bed with, but who has firmly pushed him into friend-zone milieu. Jamie skateboards through his adolescence, embraces his sexual awakening, and by the time 20th Century Women clocks its 118 minutes, comes to a clearer understanding of his place in the world. But the film is as much about Jamie as it is about his mum. Divorced, fierce and independent, Dorothea’s single-mother pride crumbles after Jamie suffers a near-death experience. Suddenly aware she may not be enough to help him “figure out how to be himself in all this mess,” and recognizing William may not be the father figure he needs, she recruits Abbie and Julie to help her raise him.

“He just has me, think about it…” Annette Bening, (left), Elle Fanning (center), Greta Gerwig (right).

The two step up to the challenge and expose Jamie to things boys his age are often conveniently shielded from. They reinterpret the dilemma that haunted Dorothea (How do you raise a good man?) as a need to teach Jamie to love all women around him, not as pristine and delicate ornaments, but as complicated human beings with their own fears, aspirations, frustrations, and dreams. In one scene of stunning empathy, Abbie takes him to the hospital to pick up the results of her cervical cancer biopsy; in another, Julie has him flock to the nearest pharmacy to buy a pregnancy test. Jamie fast-forwards into adulthood at mind-blowing speed, and does so while devouring with religious fervor the feminist textbooks the two young women hand him along the way, from Our Bodies, Our Selves to Sisterhood Is Powerful.

Yet none of it feels like an indoctrination. Abbie and Julie do not push an agenda —  they simply share things they’ve learnt along the way, whether happy or traumatic, with charming candor and motherly love. There is something so endearing in watching Abbie escort Jamie into adulthood armed with playlists that she carefully handpicks for him (“I’m hoping that if you listen to them now, you’ll be a happier and more realized person than I could ever hope to be”), something so affectionate in the way Julie shows him how to act cool when smoking. Jamie parrots their gestures and words (“age is a bourgeois construct,” he says, recalling Abbie’s instructions, when approaching older girls) but his gaze remains that of a 15-year-old who doesn’t quite fully grasp the universe that he is wading through, and Mills lets his revering wonder play out to hilarious lengths — culminating in that epically awkward menstruation chat that Gerwig conducts at a dinner party.

“Say menstruation like there’s nothing wrong with it.” Greta Gerwig (left) and Lucas Jade Zumann (right)

But the truth remains that Dorothea initiates Jamie’s coming of age and ends up suffering its consequences. And the worst of them all is not that the boy is exposed to Abbie’s ramblings on the creative power of periods or Julie’s musings on female orgasms (even though those teachings get him in a fight over clitoral stimulation with an older guy) but that the buzzing, intriguing, musical universe the two girls invite him into illuminates how colorless and unduly claustrophobic his mother’s is. In one pivotal juncture, Jamie sits down with Dorothea and recites a passage from Zoe Moss’ The Aging Woman. It’s a devastatingly sad excerpt that he hopes will get her to unlock the truth behind her loneliness, but she snaps shut and watches his son drift further away from her. “I know him less every day,” her voiceover says when Mills first introduces us to mother and son. By the time she glances at that Polaroid picture of wild-eyed Jamie, it is no wonder she would look at him as a stranger.

It is this growing disconnect between mother and son that makes 20th Century Women stand out among all other entries in its genre. Yes, Mills’ film may well tick all of the standard coming-of-age boxes — from the dysfunctional family to the hero’s sexual awakening as a rite of passage — but Jamie’s growing up is not seen through his own perspective: it is mediated through his mother’s eyes instead. And this is a crucial shift because Dorothea is also undergoing a certain transformation vis-à-vis the world she inhabits, only one that goes in the opposite direction to Jamie’s. If the boy dances through that late-1970s pandemonium with contagious enthusiasm (and god knows how many times I’ve found myself itching to dance along with him and Gerwig to the memorable tunes Mills patched together), Dorothea retreats from it.

“She comes from the Depression,” explains Jamie, as though the Depression was an altogether different galaxy. And the distance between his world and her mother’s certainly does traverse time and space. Mills’ characters have a peculiar, near omniscient wisdom: their voiceovers tell us who they are, where they came from, and what will happen to them. Wandering through Santa Barbara’s hardcore punk scene, her face crinkling up at all the sounds and symbols that she does not understand, Dorothea steps into crowded bars like an archaeologist looking at a civilization heading to its demise. “They do not know this is the end of punk,” she says, a pained look as she quietly observes young people shaking to the music blasting around her. They do not know what she can already foresee: the rise of Reagan, the Internet, the way the world will grapple with the AIDS epidemic and climate change. But her premonitions have a melancholic aftertaste that sets them apart from any other characters, and I suspect it is because Mills pens them as if they were truncated snippets from a letter she addressed to Jamie but never delivered. 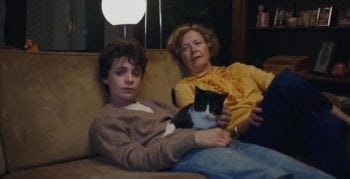 “Since then, it’s just been us.” Lucas Jade Zumann (left), Jeeves the cat (center), and Annette Bening (right)

It is up to Mills to piece it back together. Similar to his 2010 film, Beginners, which follows Christopher Plummer’s Oscar-winning performance as a father who comes out as gay at age 75, Mills scatters 20th Century Women with archival footage and photographs. There are pictures of bands, of teenage boys and girls, of Abbie’s objects, of Jamie and the people around him. They add a documentary-like vibe to the film but also emphasize that Mills’ work is an act of recollection — an active digging up of memories, images, and sounds that serve as connective tissue between past and present. It is a feeling amplified by Roger Neill’s synthesizers-heavy original score, which engulfs the audience in a melancholic Brian Eno-esque embrace, and it finds an echo in Sean Porter’s cinematography, the camera often pushing in or pulling back inside the house the same way Jamie (or Dorothea?) would one day revisit those memories, peeking in and out of the spirited places that entrap them.

Here’s what makes 20th Century Women so tragic. Tucked deep inside it is not just the coming of age of a 15-year-old boy but the grappling with age of his 50-something mother. What Mills nails with a perceptive and heartwarming tone is that neither exists without the other. The speed at which Jamie jumps into adulthood is the same at which the universe slips away from Dorothea, carving an insurmountable gap between mother and son. The perpetually out-of-place stare with which she recoils from the world around her is a lyrical counterpoint to the stupefied gaze with which he storms into it. Jamie’s entry into adulthood precipitates Dorothea’s solitude, and the irretrievable loss that his growth brings about can only be understood by the person who suffers from it the most — his mother. It’s a subtle dynamic that many other coming-of-age films hardly pay justice to, because the adult world is often pushed to their margins — but it serves as the cornerstone of Mills’ work, where Dorothea and Jamie are inextricably bound together, and one’s transformation affects the other’s.

I fell in love with 20th Century Women during an afternoon screening in a packed New York City theater in February 2017, but as with so many other films that have left a long-lasting impact on me, the reasons behind the infatuation have become clearer much later. In two weeks I will be Abbie’s age. I cannot foresee my future the way that she does at the end of Mills’ work; I cannot predict if I’ll ever turn into the person that I’d like to be. But I do feel for 20th Century Women the same affection that she has for the oldies she introduces Jamie to — the kind of love you have for things that ring achingly true. 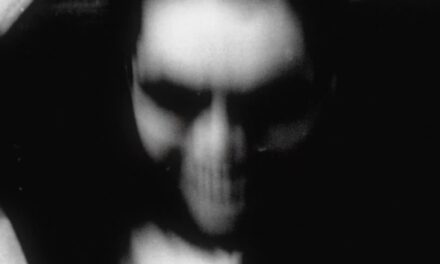 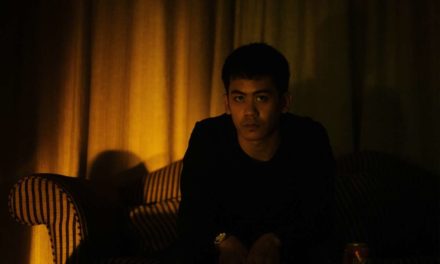 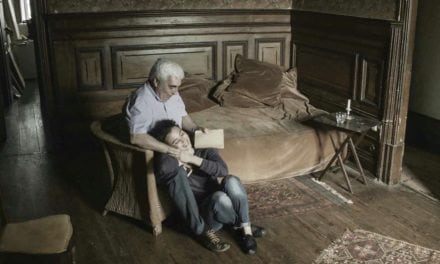 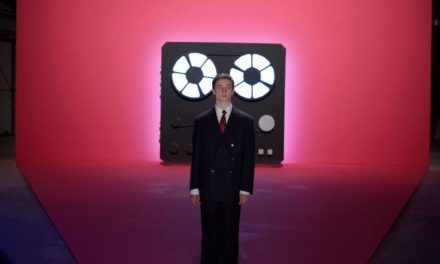