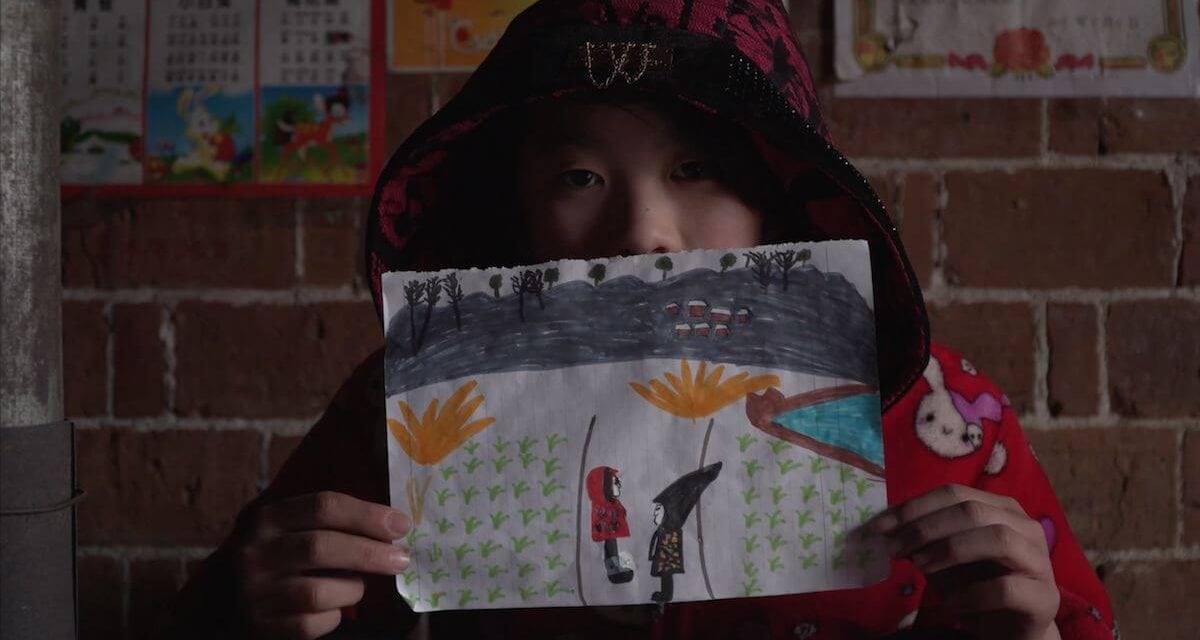 For Zhang Mengqi, the belief that Chinese people urgently need to ask questions about their nation’s past is what led her to the legend of the Sphinx: “In Greek mythology, the Sphinx is the guardian of all knowledge,” she explains, “only if you can answer the Sphinx’s riddles, can you continue to move towards the truth.”

The eighth installment of Zhang’s “Self Portrait” documentary series, Sphinx in 47 KM (2018), holds at its core the philosophy of asking questions in order to move forward. Filmed entirely in her father’s village, Diaoyutai, located 47 km from Zhang’s hometown, Suizhou, Sphinx focuses on the village locals left behind by China’s mass rural-urban economic migration, unearthing personal histories with a quiet yet urgent sense of curiosity. At times, their stories flow freely: a mother’s loss, a young girl’s dreams, and many attempts to reconcile past and future. Other times, Zhang’s camera simply observes the layers of history and memory ever present in repetitious, vast rural landscapes. 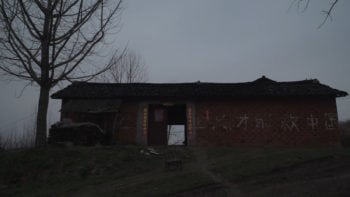 Zhang does not appear in the film, as she does in her previous installments, such as Dying at 47 KM (2016), which chronicles her late grandfather who lived in Diaoyutai his entire life. Although missing, Zhang’s presence in Sphinx can still be felt in her desire to solve the riddles of the past and to ask questions. The writer/director earnestly emphasizes why it is so important to ask questions about China’s recent past, particularly events that resulted in collective trauma, such as the Great Famine and the Cultural Revolution — events, she says, that are at risk of disappearing from history altogether. “I never before had a relationship with history,” she explains, “the education about history is really terrible in China, and we are discouraged to think about the past. A lot of young people therefore do not think that the past has any connection to their lives. It is unimportant and it is unknown. But for the older people, history means real stories and real lives. For example, what is hunger? What does hunger mean and how does the body change? As we don’t have an ‘official’ history to compare, without stories there is nothing. So we have to ask questions to learn the lives of the past. It’s the only way to have a history.”

The “Self-Portrait” series is Zhang’s contribution to a wider arts program called the “Folk Memory Project,” a Beijing-based collective working with performance art and documentary, led by vanguard Chinese documentarian Wu Wenguang (Bumming in Beijing: The Last Dreamers [1990], Fuck Cinema [2005]). The aim of the Folk Memory Project is for filmmakers to leave behind the city and its obsession with forgetting, and instead retreat to rural localities and record the lives there to unearth what Wu has described as “village memories.” The project has aims beyond simply questioning and recording the past. Zhang explains: “In the memory project our saying is, ‘act first, then record, finally create.’’’ Questioning the past lies at the heart of the project, whilst taking action forms the framework. “We provide dance classes, film screenings, even developing a ‘Senior Fund’ to help support the older people in the villages. In Diaoyutai, we are also building a library for the children and a monument to remember the people who died during the Great Famine.” A young girl in Sphinx, Fang Hong, is now making her own films, with Zhang’s support, about the village and its past. This sense of curiosity is growing, it seems.

Formally, Sphinx is a hybrid documentary that combines real, imagined, and staged elements with seamless fluidity. The effect is expressionist displays of subjectivity intended to present truer depictions of memory, and to create a space where memory overrides historical “fact.” With staged performances, both the children and older people in Sphinx have specific roles in relation to past and future. Zhang sets up scenes with Fang Hong and the other children in the village, during which they express and act out their dreams. Zhang explains why: “Yes, the older people in the village are more concerned with the past, but the point of exploring the past is to learn lessons to help inform our future. Currently, I don’t know what the future is for the young people in the village, so we imagine what it might be.” Zhang stresses the staged and performed elements of the documentary are also what make it a “self-portrait.” “I wanted to capture their dreams. But maybe their dream is my dream? It’s not clear and open to interpretation. But the village is also seen through my eyes; in my film, I recreate it, turn it into a stage for histories to play out, intersect, and reconcile with the future.” It is not by accident, or directorial choice, that the present is missing. With China’s growing rural-to-urban migration, most working-age people in the countryside leave, often for many years, to find employment in the cities and manufacturing regions. The resulting phenomenon of the “Left Behind Generation” has created a significant physical and emotional void in rural spaces. In Sphinx, the concept of the “now” is just an idea, as the older people exist in the past and the children are simply waiting for the future. Yet it is the telling of stories that fill this void. An older woman sits in front of a large wall, and with the camera positioned at a distance, she tells the story of her late son. He had left the village to pursue a future, but was always hindered by his past. Zhang intercuts the story with long landscape shots; the sounds of the environment (for which the son is a product of) disrupt and overwhelm.  In this sense, identity of place presides over identity of people. Zhang’s film avoids personal intrusion, staging the village as liminal and abstract, and void of temporality. Another older woman describes her concept of time in the village: “We didn’t have a clock, then, we didn’t have a watch.” It is a place simply for idleness and dreaming. 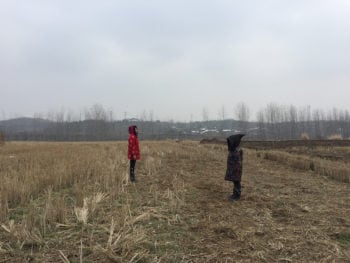 “In my dreams, I become a brick, a tree root, a chicken,” exclaims one of Zhang’s young subjects. The imagery of these symbols repeats throughout the film. Trees hold particular significance, symbolizing roots in place. Chickens and roosters also feature prominently, flightless birds that can only dream of escape. These images also appear in the drawings of the children, and the story of one particular tree resonated with Zhang the most: “In the village, I wrote a diary every day. And every day, I wrote one thing. For example, I would write about this one tree. But when I filmed the tree, it changed, because I created a story around the tree. I would think, why is the tree like this? Does it want to fly? Is it trying to escape the village? I like filming documentary in this way, because it shows how stories can change us and how we think. Then the young girl in the film draws the tree, and the story becomes about the people in the village, and it evolves again.”

It seems stories are the key to solving the riddles of the past, and with stories, we can evolve and continue to move forward. Zhang insists, for this reason, she will continue to unearth village memories. “When I first started filming in Diaoyutai, I met an old lady, and she really wanted to talk to me. But when I left the village, after about three months, she passed [away]. I realized then that I am the only person who had preserved the image of her and her story. I think she only ever had two photos of herself. From this experience, I found new meaning in making this film. So, I continued to go back. I had no plan; I didn’t know what would continue or what would happen. I just knew I had to preserve these stories.” 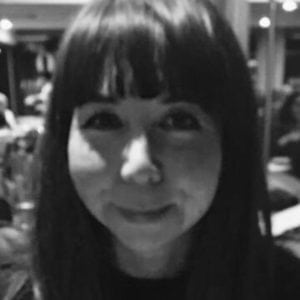 Carol-Mei is a researcher, writer, and filmmaker. She won the UNESCO "City of Film" PhD scholarship in 2010, and has recently completed her doctoral thesis on Chinese cinema and the global city at the University of Bradford, where she also lectured. She recently produced a short film co-funded and developed by the British Film Institute and Film London, and is currently developing a documentary. Carol-Mei has also written articles and film reviews for various publications, and currently works at the British Film Institute on film education programs. 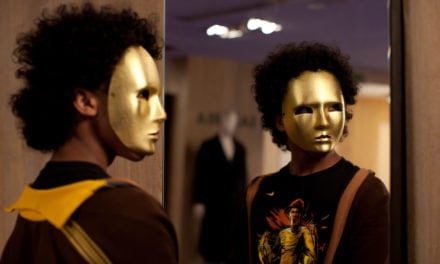 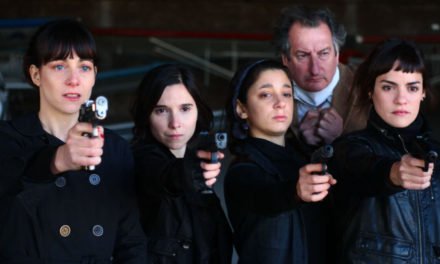 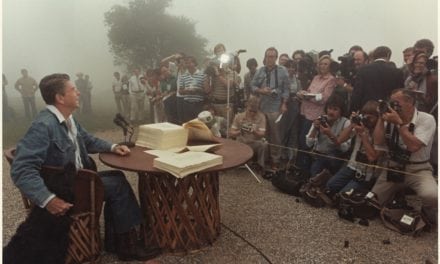