Karlovy Vary International Film Festival (KVIFF) experienced one of its best years this past summer. Taking place in a beautiful city known for its hot springs, the festival hosted acclaimed cineastes such as Richard Linklater, Barry Levinson, Terry Gilliam, Radu Jude, and Robert Pattinson among many others. It was my third year at the festival, and I was keen to watch the new titles selected from Cannes, Berlinale, and Venice, as well as discover new voices from main competition sections (Official and East of the West). Trying to maintain a balance between familiar and new voices, what you’ll read below is my list of top films that played at the festival this year. 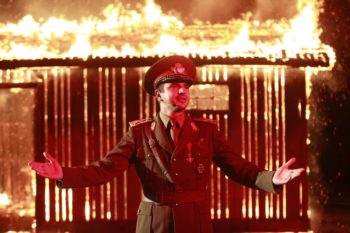 I Do Not Care If We Go Down in History as Barbarians (Radu Jude, 2018)

I Do Not Care If We Go Down in History as Barbarians (Radu Jude, 2018)

This movie could not have been made in a more appropriate time. Mariana (Ioana Iacob) is a young bold filmmaker who wants to make a movie about the 1941 Odessa massacre during a Bucharest Days cultural event despite the doubts of city hall. In order to make this film, Mariana has to deal with flirtatious guys from the ministry who think the subject matter (the role of Romanians in killing Jews during wartime) is extremely sensitive and best not talked about — or at least to be implied rather than being reenacted based on hard evidence. She has to fight with sexism among extras who don’t take her seriously and don’t care about the graveness of the historic event, while also dealing with her personal romantic problems. After Aferim! (2015) and Scarred Hearts (2016), one can say that Radu Jude’s work now embodies the living conscious of Europe; his films try to shed an uncompromising light on the unspoken history of the continent. His daring films treat elites and ordinary people in the same way while his style recalls the best works by Jean-Marie Straub and Danièle Huillet, as well as Jean-Luc Godard in the 1970s. At two hours and twenty minutes, I Do Not is a necessarily long and talkative film about the personal and collective roles in times of crisis. It behooves filmgoers to have read Karl Marx and Hannah Arendt before seeing the film. 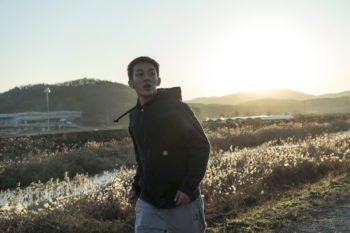 This fantastic slow-burner from South-Korean maestro Lee Chang-dong starts off like a rom-com with a clumsy boy and a spirited girl and gradually turns into a missing-person thriller with a chilling ending. Based on “Barn Burning”, a short story by Haruki Murakami, the movie has deep associations with William Faulkner’s world — who interestingly wrote a short story with the same name. Watching this film is like watching an architect draw plans for a house, who then gradually assembles the building brick by brick before your eyes. Lee absorbs the sexual frustrations discussed in Murakami’s body of work and fully understands the family confrontations of Faulkner’s world, and here he makes all these borrowings his own through meticulous character developments as the narrative patiently unfolds. With Burning, Lee orchestrates one of the most magical scenes of the past few years, in which the female lead gives in to Miles Davis’ song from Elevator to the Gallows (1958) and dances freely while the sun sets. 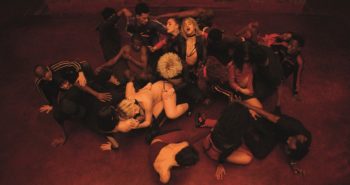 With chaotic and aggressive slap-you-in-the-face films like Irreversible (2002) and Love (2015), Gaspar Noé is France’s enfant terrible. He’s a provocateur who treats sex and violence in a way that most filmmakers don’t dare to do. However, Climax is his tamest film to date. The film starts with a videotape playing on the TV of dance troupe members talking about themselves, while we see the VHS cover of Andrzej Żuławski’s Possession (1981), one of Georges Bataille’s texts, and many more books and tapes from Noé’s idols around the television set. What follows is a long dance scene, then some talk among the troupe members, and then all hell breaks loose. Apparently, someone has drugged the dancers. For those who don’t take Noé’s work seriously, Climax is a meaningless film made in bad taste. However, for people who followed Noé’s cinema from the beginning, it is the summation of his body of work. Not only do you see similarities between this film and “Sadomites” (1998), Irreversible, Enter the Void (2010), and Love, there are humble homages to Żuławski and Kenneth Anger. However, references don’t make a film great. What makes Noé’s latest film excellent is how he tackles human problems such as the passage of time, the meaning of existence, and enduring the torment of being alive in an original way. The contrast he manages to demonstrate between Climax’s happy beginning and nightmarish ending is so acute and strong that you sense the smell of blood and vomit under your nostrils. To live is to survive, and no one does so without a cost. Climax is an easily negligible film for those who just want entertainment, but for those who think, it is a rollercoaster ride to hell.

Ivan Tverdovsky is one of the newest voices of Russian cinema whose two latest films, Zoology (2016) and Jumpman show that we are dealing with a talented filmmaker. With only three films under his belt, you can tell there are auteuristic elements: protagonists’ conflict with their mother, the destructive role of religion, social problems, social acceptance, and metaphysical differences. Zoology told the story of a middle-aged woman who realizes she is growing a tail, and a heart-wrenching sexual and personal odyssey follows this transformation. In Jumpman, Denis (Denis Vlasenko), who was left at an orphanage’s “baby box,” reunites with his negligent mother (Anna Slyu) after many years, ultimately being abused by her and her corrupt “friends” in the police and justice department. Denis is different from other people; he doesn’t feel pain like an ordinary person. This ability gives Jumpman a fantasy quality that opens a door to an intriguing biblical reading of the film. Zoology and Jumpman are not flawless, however, their shortcomings — especially in the last third of both films — make them interesting works from an exciting young director.

What is a domestique? In professional cycling, a domestique is a rider who works for the benefit of his or her team and leader, rather than trying to win the race. Adam Sedlék’s feature debut is the story of Roman (Jirí Konvalinka), a domestique with aspirations, and in the process of becoming someone important, he loses everything — his marriage, his wife, his work, and his body. This assured claustrophobic thriller is an ode to Roman Polanski’s Repulsion (1965). Virtually the entire film happens in Roman’s apartment. For most of the film, we see him cycling madly on an exercise bike; we see the expansion and contraction of his muscles, as if we are following the routines of a laboratory rat under examination. You get so close to Roman and his obsession that, by the end of the film, you are out of breath, as if having cycled for two hours. Sedlák’s first film is visually compelling; he creates an ominous atmosphere in which the only sound heard is Roman’s breathing, his cycle, and the oxygen machine. Šarlota (Tereza Hofová), Roman’s wife, longs for a baby and the presence of the oxygen tent adds another level to this already horrifying story of alienation and makes way for the hard-to-forget ending of this domestic thriller.

I totally enjoyed Pause (2018) by Tonia Mishiali; this Cypriot and Greek co-production beautifully blends reality and fantasy in the story of a woman who has to come to terms with menopause. Sergei Loznitsa’s Donbass (2018) is a harsh critique of the Russian government’s involvement in the armed conflict in Donbass. While it is confusing at moments and slow in some parts, it deserves recognition. Border (2018) by Ali Abbasi is one the most interesting films about being different and finding your place in the world. Finally, Paweł Pawlikowski’s Cold War (2018) is a beautiful black-and-white film about what it means to be stateless. 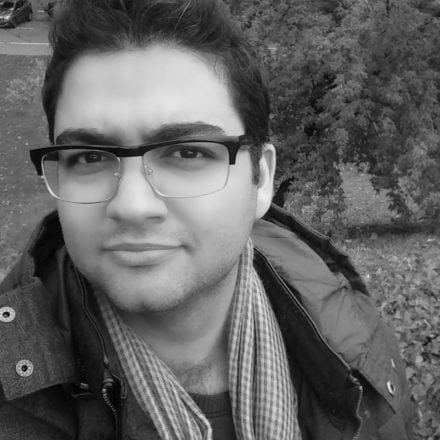 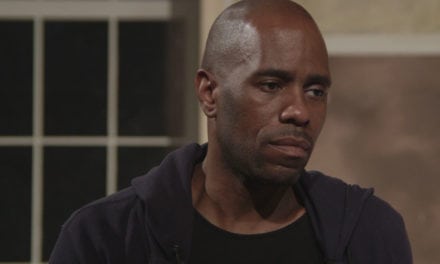 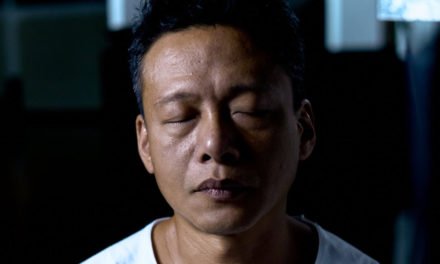 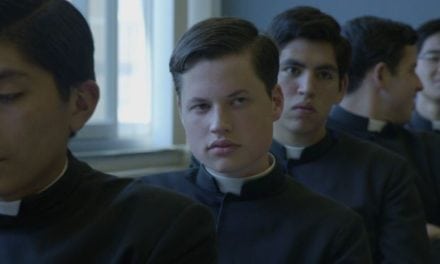 Dedicated to the One I Love: An Interview with Zita Erffa 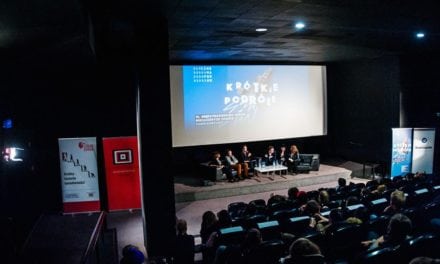 Short but worth it. Report on “How to distribute and promote short films?” At the Cinemaforum 2016 debate