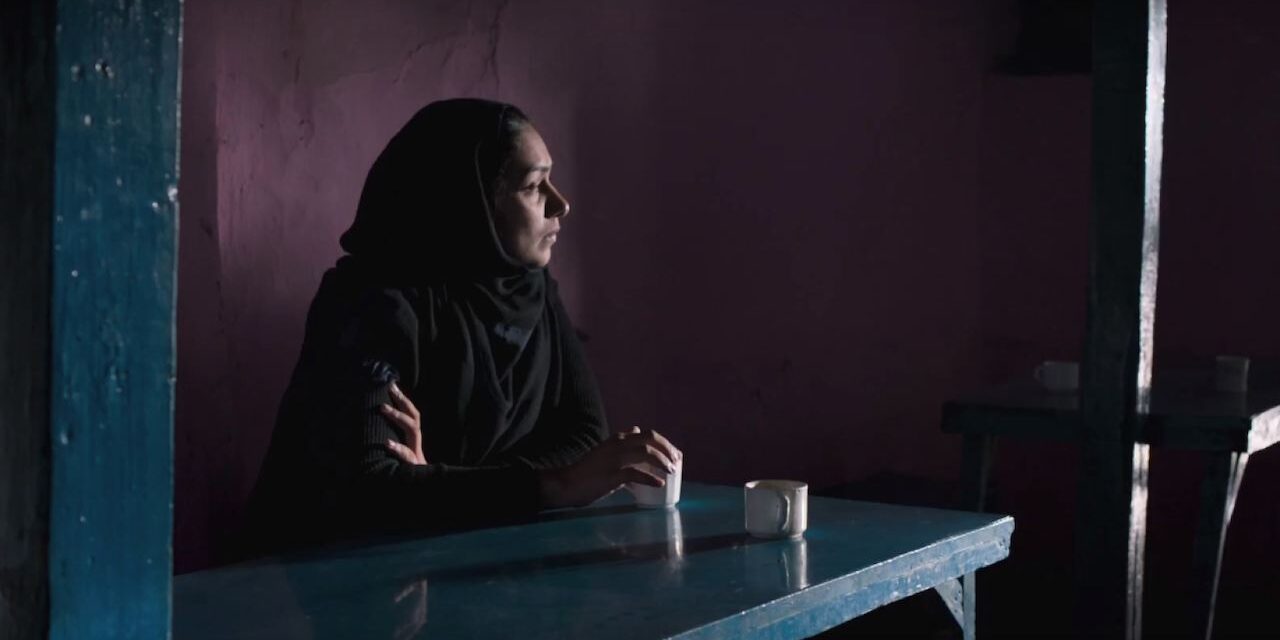 Praveen Morchhale’s Widow of Silence is a war film that leaves the gunshots and battles offscreen, instead dramatizing the trauma caused by the absurd concept of “half-widows.” They are women whose husbands have probably died in war, but whose deaths can’t be confirmed. These women exist in a legal and social limbo.

Aasia (Shilpi Marwaha) lives with her mother-in-law and 11-year-old daughter in the Indian state of Jammu and Kashmir. Her husband has apparently died in battle, but she can’t prove it to the satisfaction of Kashmiri bureaucracy. She spends her days going from one office to the next, trying to get a death certificate so that she can become the legal owner of her land. When she meets up with the registrar (Ajay Chourey), he blackmails her sexually, telling her that she needs to sell the land to a friend of his, and then only giving her the certificate if she sleeps with him. Meanwhile, her daughter is being bullied at school and her mother-in-law gets sicker, landing in the hospital.

Morchhale’s style is hushed, with deliberate pacing. There’s so little dialogue that each word matters. Morchhale’s direction is distanced, with no close-ups. His use of extreme long shots of cars riding through rural roads, handsomely framed in widescreen, is one reason Widow of Silence has been compared to Abbas Kiarostami. Natural beauty coexists with tremendous human pain here; in the press kit, Morchhale says, “beneath this beauty and apparent peace, there is an uneasiness which can be felt when we visit the area…” I’m sure it’s no coincidence that Aasia’s name is only one letter removed from that of the entire continent. Widow of Silence parallels the way men treat her with the history of South Asia.

Kashmir was an independent state until 1857, when it became part of the British Crown. The U.K. forced partition upon it in 1947, when its colonial territory was separated into India and Pakistan. For the past 30 years, India has been fighting with Pakistan over Kashmir, as both countries claim full ownership of it. As Islamophobia has increased, and has even become codified into law under Prime Minister Narendra Modi, its Muslim majority makes it unique in India. Aasia’s sorrow reflects those decades of violence and exclusion, as she lives in a world where driving past military checkpoints is a daily fact of life. Widow of Silence does not explain this context, but it remains there nevertheless.

The film shows how emotional repression goes hand in hand with sexual exploitation. It patiently and slowly recounts Aasia’s humiliations. It depicts Kashmir as a conservative Muslim region, and deliberate echoes of Iranian art cinema resonate with the culture shown in the film. Yet it explicitly questions that culture’s values, with one character asking why sitting next to a man is supposed to be more sinful than murdering them.

Widow of Silence goes much further in its portrayal of the registrar’s control over Aasia’s life. Given so much power over women, the man ultimately misuses it sexually. While Aasia is supposed to live as though she were still married to a man that everyone knows to be dead, he’s free to behave like a creep towards her. (Ironically, her house is an all-female space.) Death becomes a matter of words and papers rather than a real state, especially in the startling ending. Widow of Silence’s tone is far different from the mordant wit of Romanian films like Police, Adjective (2009), but the sense of being caught in an absurd bureaucracy remains similar. Starting off with images of an elderly woman wrapped up in rope, Widow of Silence expresses a quiet but real anger towards a society that sends men off to death in war and expects women, controlled by other men, to sleepwalk through life afterwards. 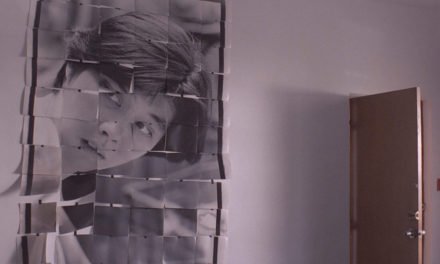