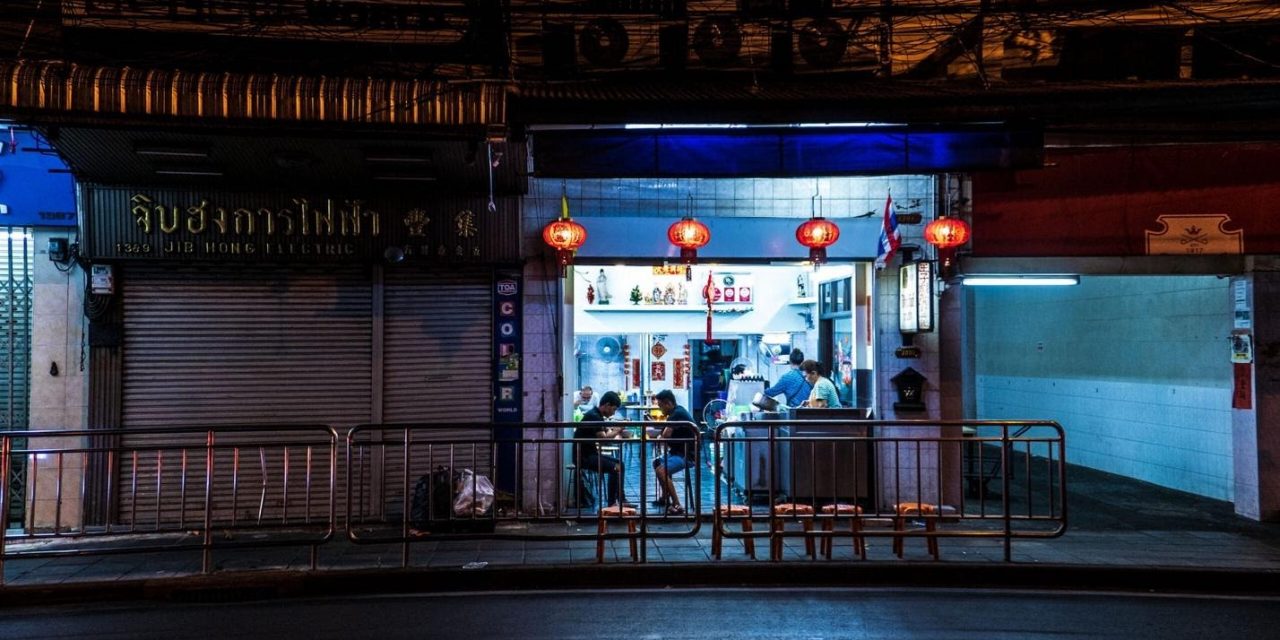 Tsai Ming-liang has spent much of his career examining Taipei’s less-luxurious locales, casting his patient, observant gaze on the penurious people who live there, with their clogged drains and crumbling facades, their derelict buildings and their hearts “ramshackled” by hardship, by loneliness. Starting with his debut, Rebels of the Neon God (1992), which came out at the advent of the Taiwanese New Wave’s second phase, Tsai’s films have been inhabited by crestfallen characters, men and women who are stuck in place in the squalor of Taipei, by turns a dilapidated grayscale wasteland, a neon-steeped bastion, a great stage. These are people trying to ameliorate the everyday melancholy of their lives. They work menial jobs — selling cremation urns, holding cardboard signs on the side of the road, peddling wrist watches, running infrequently visited food stores. They struggle and they desire and they dream as time goes by slowly. And yet, there is always a form of reprieve, of escape, if even for just a moment — a gleaming arcade screen, a musical soliloquy, the hands of another on your skin.

In 2013, Tsai released the apocalyptic Stray Dogs, which acts as a postlude to the first three decades of his career as a feature-film director. The film has three credited cinematographers: Liao Pen-jung, who had worked with Tsai since Rebels; Sung Wen-zhong; and Lu Qing-xin, Sung’s student, and it shivers with the inevitability of a great exhalation. The film concerns an impecunious father (Tsai’s muse Lee Kang-sheng) and his hungry children struggling to make ends meet in modern Taipei. The film comprises a series of vignettes chronicling the everyday plight of poverty, with special attention paid to bodies, on corporeality and the effects of poverty and financial destitution. Consider the image of Lee devouring a cabbage as only the hungry can do, or the film’s final two shots, which, with their indolence, recall a quote by Rilke, from his Letters to a Young Poet:

I beg you, to have patience with everything unresolved in your heart and to try to love the questions themselves as if they were locked rooms or books written in a very foreign language. Don’t search for the answers, which could not be given to you now, because you would not be able to live them. And the point is to live everything. Live the questions now. Perhaps then, someday far in the future, you will gradually, without even noticing it, live your way into the answer.

Tsai claimed that he was retiring after the release of Stray Dogs. One usually associates retirement with repose and relaxation, yet Tsai has only become more prolific since “retiring,” having released two full-length documentaries and five shorts, including several entries of his series of Walker films. Consider the hour-long Journey to the West (2014), an adaptation of the Ming Dynasty-era Chinese novel, and the apotheosis of the aesthetic on which he has been working for his entire career. In Tsai’s sedulous film, maybe his most visually sumptuous, a Monk (Kang-sheng), garbed in a vibrant saffron cloak, moves with unnatural rigor and larghetto; he appears in various locations around Marseilles — down a dark flight of stairs, across a crowded plaza, past the window of an elderly man’s home. He is more of an adornment than sentient character, a fixture in a series of static images. Later, another man (Denis Lavant) begins to emulate the monk, becoming a sort of acolyte, a student following a master. At times the Monk is the focus of a shot, but other times he enters only after several minutes, or is ensconced in a mass of moving bodies, so that each long shot begins to feel like a high-brow Where’s Waldo?

I mention Stray Dogs and Journey to the West because, despite their slowness, their sparsity, they feel big — in their compositions, their metaphorical insinuations; they are laconically ambitious — whereas Days is Tsai’s smallest film, his most unencumbered. It’s a modest movie, a tender one. They make something of a trio, the filmmaker’s methods brought to their inevitable extreme. There’s less searching for characters in these images than searching for something ineffable, an emotion to accompany the prolonged shots of people sitting around, contemplating whatever. Days is Tsai’s first feature since ostensibly retiring in 2013; like Stray Dogs and Journey, it’s about two people whose lives intersect, each leaving an impact, however slight, on the other. It continues Tsai’s obsession with time’s slow passage. Chang Jhong-yuan, who worked as a cameraman on Stray Dogs and an editor for Your Face (2018) and shot No No Sleep (2015), returns to shoot and edit Days, which consists of only 46 shots, and adhered to no script, which Tsai didn’t need because he “didn’t really have a so-called ‘team’ for shooting the film: I just had a cinematographer with me, and I don’t need a script for the outline and the plot, and so I didn’t need to explain to him what the film was about.” Tsai does more with a small coterie of consorts than most filmmakers, especially American ones, can do with entire casts and crews and bloated budgets. It’s really a spectacular feat of semi-guerilla filmmaking.

The film opens with Kang (Lee), an aging man with “unremedicable” neck pain (like his character in 1997’s The River) sitting in a white room of sparsity, gazing out the window at the rain-battered trees swaying, swaying. He looks tired as he stares at the rain shaking the outside world while he, inside, remains still. Then, without much in the way of conventional context, Days shifts its focus from Lee’s lonesome whomever to an equally isolated immigrant from Laos credited as Non (Anong Houngheuangsy, an amateur actor), who lives in Bangkok, as he prepares meals, washes ingredients, peels a cucumber in his small dingy apartment, just as sparse as Kang’s large house but more bedraggled, lacking the unembellished modernity, the spartan dignity. (The boringness of his tasks harks back most obviously to the eternal potato peeling in Chantal Ackerman’s Jeanne Dielman, and also recalls the quiet desperation of Lee esuriently eating a cabbage in Stray Dogs, or even something from Pedro Costa’s works on the penniless denizens of Lisbon.) The piteous perambulations of these two men make up the bulk of the film, which, as to be expected, is slow, slow, slow; it is also, beautiful, beautiful, beautiful. Few filmmakers currently working have the preternatural sense of where to place a camera. Sometimes nothing happens in Tsai’s considered compositions, sometimes a man is squirming on an acupuncturist’s chair. Everything is shot with the same dignified detachment and dauntless precision, so a shot of a man sitting and staring vacantly, or in profound contemplation perhaps, is given the same treatment as a man with innumerable needles protruding from his flesh. It’s all so quotidian, so smartly unspectacular.

There is this sense of smallness to Days, a sense of intimacy to the close-ups of men in bed, a massage, a kiss. The pseudo-impromptu set-ups give the film an air of aimlessness for the first hour. There’s even a handheld shot traipsing through a squalid back alley, following Kang after his moxibustion treatment, his neck in a brace as he ambles along the busy street, which is unusual for the meticulous Tsai. The second hour begins with a massage session that results in masturbation and a prolonged kiss. Kang, whose body has caused him nothing but pain so far, finally finds solace in someone else’s body. Non’s hands move over Kang’s back, his butt, his neck — it’s a scene of touch, of corporeal experience. Afterwards, Kangs gives a music box that plays “Terry’s Theme” from Chaplin’s Limelight to Non, and the film ends with Non sitting stoical and still on a bench, holding the gift, staring with either heavy contemplation or unmitigated boredom — it’s hard to tell, with his face shrouded and the camera far away. Either seems possible.

Boredom is, of course, an inability to pass the time, a cruel sense of stagnation, the minute hand chipping away each hour so slowly. Days, like so many of Tsai other films, is about the ebb and flow of time, consciousness, about two people whose lives briefly converge like separate rivulets meeting at the river, before parting ways again. Tsai luxuriates in minutiae, in stasis, exhuming meaning from the mundane, the still, quiet moments in the chaos of modern life. The one constant source of movement in his films is time, which ambles on, unconcerned, undeterred. A quote by Faulkner comes to mind: “Because Father said clocks slay time. He said time is dead as long as it is being clicked off by little wheels; only when the clock stops does time come to life.” The Walker in Journey to the West moves with the untroubled consistency of the hour hand on a clock, but time does not stop for him. Time cannot be stopped. Time has etched wrinkles into the aging star (Jean-Pierre Léaud) of Face (2009), who also starred as a young boy in the film-within-the-film The 400 Blows, and it has eroded the building in which Stray Dogs ends, leaving a pile of ruins, the residuum of Taipei’s fringes. Time has left behind the movie theater of Goodbye, Dragon In (2003), with its sordid, sickly-green hallways like infected appendages, and its few final patrons, scattered about the theater like empty cups left by the bygone crowds. (Truffaut once said that movie fans are “sick people,” and here, even the theater itself appears ill.) In What Time Is It There? (2001), a lovesick watch seller is beholden to time, and tries to find a way to thwart it. He falls in love with a woman who moves to Paris, and is then overcome with the urge to set every clock he sees to Parisian time. Time, an immutable burden, engenders an existential crisis, and only through the control of time can this anxiety be assuaged. And time has passed for Kang — and Lee — from The River in 1997 to Days now. Everyone and everything gets older, is at the whim of time like a madman.

Time, that omnipotent thing, and all those people, getting older, going nowhere.

There’s a shot, halfway through Days, that captures this essence of time’s temerity. 57-ish minutes in, there’s a two-minute planimetric shot (not so different from the kind that make up Journey to the West) of the pale sun sitting in the sky, its light glinting off remaining shards of a busted window in a dilapidated building. The sun just sits there; the shot just sits there. Nothing moves, and yet we know that the sun is moving ever so slowly, that it is falling (or is it rising?), and it will rise again the next day, and it will fall again, etc. The sun’s recrudescence, its reliable appearing and disappearing act, is ineluctable; and yet, we are left with the static image of a brilliant sun framed by a crumbling man-made structure, which is made uglier by the light — and yet the tumbledown frame is, in its relationship to the sun, its part in the overall composition, almost beautiful, too. The shot wouldn’t be complete without the industrial eyesore. The sun will keep spinning, the building will keep crumbling. Time will go on. As T. S. Eliot wrote: “There will be time, there will be time / To prepare a face to meet the faces that you meet.” 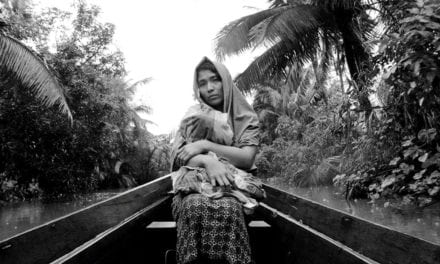 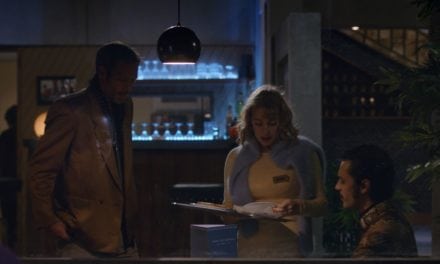 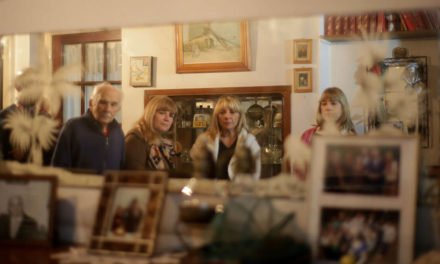