Kinoscope is an online platform dedicated to presenting films by established and emerging filmmakers. It praises a broad variety of cinematic works through curated streaming/VOD exhibition, live screenings and publications. Kinoscope aims to enhance the appreciation and understanding of film as an art form globally among diverse audiences. 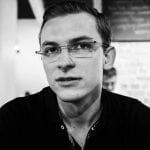 From programmer, critic to finally distributor, Pawel wore many film industry hats for the last 12 years in order to establish a new, mainly devoted to emerging cinematic talent, curated, on-line film streaming service with editorial and screening component. Formerly associated with many international film festivals in Europe and United States, including Film Society of Lincoln Center, New Directors/New Films - MoMA, now fully works at Kinoscope, where while programming, he develops new, innovative models of film distribution across the world. 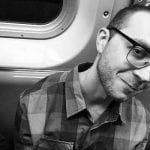